The last verse in this week’s haftarah is a bit frightening.

Egypt had been decimated by the ten makkos and the splitting of the sea had destroyed its army and chariots. Later on it would rise to become a world power again, until it would be overrun by Bavel. After describing how Hashem would punish the kingdom of Egypt in the future, through Nevuchadnezzar, Yirmiyahu HaNavi addresses Klal Yisrael and says (Yirmiyahu 46:28), “You should not be afraid, Yaakov, says Hashem, because I am with you; although I will make total destruction within all the nations where I have scattered you there, but for you I will not make total destruction; I will punish you with judgment, but I will not destroy you completely.”


Rav Dovid Feinstein points out that Hashem is telling us that while many of us will survive the exile and all the suffering that comes with it, not everyone will. Just as there were many in Klal Yisrael who did not come out of Mitzrayim, there will be many who will not be redeemed during the final Geulah.

(So, we had better prepare ourselves now by doing teshuva and maasim tovim. We don’t want to miss out on the greatest times in the history of the world.)

How many Jews were not redeemed during Yetziyas Mitzrayim? According to Rashi (Parshas Beshalach 13:18), 80 percent. That’s right. Rashi quotes the midrash that says 80 percent of Klal Yisrael actually died in Egypt.

Not according to the Rambam. In his introduction to Perek Cheilek, the last perek in Sanhedrin, the Rambam writes extensively on this topic. He even says that those who propagate the idea that all midrashim should be understood literally, especially those which seem to paint the Torah in a strange light, are actually desecrating Hashem’s name. Rather than exhibiting praiseworthy faith in what Chazal are saying, taking all midrashim at face value distorts and confuses. Many others affirm what the Rambam states, including the Maharal in many places and the Ramchal in his essay on midrash. (Among other places, the Ramchal’s essay is printed in the back of Rav Aharon Feldman’s The Juggler and the King, which is a book dedicated to explaining the stories of Rabbah bar Bar Chana [which begin on Bava Basra 73a] according to the Vilna Gaon’s non-literal approach.)

The Rambam (ibid.) describes people who take all of the words of Chazal at face value, without subscribing any hidden meanings to them. For example, if a midrash describes rocks arguing with each other, then some people will believe these rocks must actually had the power of speech. While the intentions of this group may be noble, says the Rambam, they actually cause disrespect for the Torah and attribute a superficial and even strange meaning to the words of Chazal. We must struggle to understand, says the Rambam, the greatness and wisdom in the words of Chazal. Although we may not fully understand the deeper meaning, we must appreciate that a parable or metaphor might be at play. As the Maharal writes (Be’er Hagolah Be’er Revi’i, page 51 in the standard edition), “The vast majority of the words of Chazal are meant in a metaphorical and allegorical way… Therefore, don’t be alarmed when you see words of Chazal which appear foolish and distant from wisdom… they are really hidden messages which are very profound and intelligent.”

Back to our midrash. The following is a loose translation of Rav Shimon Schwab’s thoughts in Mei’ein Beis HaSho’ievah, his sefer on Chumash:

“Rashi cites the midrash Mechilta on the word chamushim which states that only 1/5th of the Jewish people left Egypt. The Mechilta actually cites other opinions that only 1/50th or 1/500th of Jews left Egypt. Certainly, these words seem quite strange. As around 3,000,000 Jews left Egypt, with a literal understanding, the debate in the midrash is whether 12 million (in the 1/5th opinion), 147 million (in the 1/50th opinion), or even approximately 1.5 billion Jews (in the 1/500th opinion) died in Egypt. Such numbers are staggering and would mean that Klal Yisrael received a far, far greater punishment than any of the makkos and plagues doled out to the Egyptians! [It would also be the worst calamity ever in Jewish history].

“Furthermore, Rashi says that the 4/5th of Klal Yisrael specifically died during the plague of darkness, so that it would not be seen or noticed by the Egyptians which would be humiliating and degrading for the Jewish people. Thus, the Jews died and were buried during makas choshech. But if 12 million Jews died during this time, how would the Egyptians fail to notice such a precipitous drop in the Jewish population?

“Therefore, Chazal do not literally mean that 4/5th of Klal Yisrael died in the plague of darkness. What they mean is that some Jews died [perhaps thousands], possibly those who were reshaim gemurim and were not worthy of being taken out. Had these people lived they would have produced thousands of descendants. This is what Chazal are debating: how many generations of people to count and how many people were actually lost to us. Should we mourn 1/5th, 1/50th, or 1/500th in terms of the gamut of Jewish history? Do we count until the Bais HaMikdash or perhaps until the end of time? This is what Chazal mean in Sanhedrin 37a when they say that a murderer is to be blamed for killing the victim and all of his potential descendants, damo, and dam zarosav.”

Most likely, there are even more profound messages in the words of Chazal, but for our purposes, Rav Schwab makes a convincing argument that this famous midrash should not be understood literally.

As we grow and learn Hashem’s Torah passionately, we must cement within ourselves the rule from the Rambam, Ramchal, Maharal and many others that many midrashim are not to be taken at face value, but understood on a much deeper level. 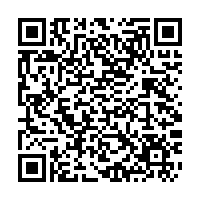