By no mere coincidence, there are many twelves in Judaism. There are twelve months, twelve tribes, twelve mazalos, etc. The commentators explain that these twelves line up and inform us of their shared qualities. The Sefer Yetzirah adds that there are also twelve unique parts of the body, and that Teves is matched up with the eye. Hence, our job this month is to discover what we should know about our eye. In addition, we need to discover why Asara B’Teves falls out in this month. What is our avodah for this month? In which way can we grow? Come; there’s a long road ahead.

Let’s take our first step by turning to the tribe of Teves, Dan. As usual, when we want to learn about the tribal qualities, we look to the blessings of Yaakov and Moshe. Yaakov says, “Dan will avenge his people… Dan will be a serpent on the highway…” (Genesis: 49, 16). The commentators explain that this prophecy is a reference to Samson – who fought for the Jewish People. But why is Dan called a snake? The Torah doesn’t look upon snakes too kindly. As a matter of fact, the primordial snake in the Garden of Eden is the one who enticed Chava to eat from the forbidden fruit. So the first question is: what’s the connection between Dan and the snake? Second, in what way is it appropriate for Samson to have descended from the anguine tribe? Third, how do Samson and the snake connect back to Teves and Asara B’Teves?

Let’s take the next step by analyzing the story of the Garden of Eden. We all know that the serpent enticed Chava to eat from the tree. But why did the serpent do so? What did he hope to accomplish? The answer can be found in Rashi (3, 1). “The Torah juxtaposes the story of the snake to the pasuk that states that Adam and Chava were unclothed to explain that [the snake] chose to act because he saw (Adam and) Chava unclothed and… and he desired her.” Rashi is explaining that the snake wanted Chava to feed the forbidden fruit to Adam so he would die, thereby leaving Chava available for the snake’s advancements.

Here’s the exposition. If we read the Rashi carefully, we’ll see that the snake only desired Chava because he saw her unclothed. The desiring only came as a result of the looking. We see the same concept in the Shema. “You shall not stray after your heart and after your eyes.” Rabbeinu Bachaya explains “The pasuk says heart before eyes only because the heart is the more prominent organ. However, in reality, when one sins, it is because first the eye sees and only then does the heart desire.”

The snake didn’t have an intrinsic craving for Chava. Only after he looked did he start desiring her. If he guarded his eyes and didn’t look at what wasn’t befitting for him, he wouldn’t have had an issue. This was Samson’s problem as well. The Mishnah (Sotah 9b) states “Because Samson strayed after his eyes, [Hashem allowed] the Philistines to gouge them out.” Although Samson was a great tzaddik, he strayed after his eyes to a small degree. Because he gazed at that which was not fitting for him, his judgment became slightly clouded and he strayed after foreign women. This caused his ultimate downfall.

This is quite a powerful concept. We are only human, with base desires and selfish wants. But it is possible to avoid these lowly cravings altogether. Just don’t look in the first place. There is no good that can come of looking at what your friend has. A story comes to mind about a great Yerushalmi rav who told over that he remembers only one time that his mother ever smacked him. His mother was cutting pieces of cake for him and his siblings and he looked over to see how big his brother’s piece was. His mother smacked him and scolded, “In life, you don’t look at somebody else’s plate.” 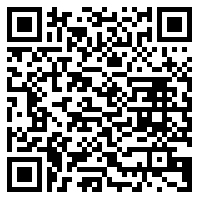