When Yitzchak encounters a famine, as his parents did, he picks up and moves to Gerar, in the area of the Plishtim (Philistines). Just as soon as we learn of his arrival there, we read that G-d appeared to him and ordered him to remain in the Land of Canaan and not to go down to Egypt:

And G-d appeared to him, and He said: Do not go down to Egypt; remain in the land that I will point out to you.

Stay a while in this land and I will be with you and I will bless you. Because it is to you and your children that I will give these lands. And I will keep the oath that I made to your father Avraham. (Gen. 26:2-3)

It is rather strange that G-d appears to Yitzchak to instruct him to stay in the Land of Israel when he is already doing so. If G-d had ordered Yitzchak to remain in Israel before he went anywhere, then it would make sense to instruct him to avoid Egypt and go to Gerar. But why does G-d command Yitzchak not to go to Egypt once he has already made a decision to stay in the Land of Canaan?

Because of this, the Ramban suggests that our verses portray events out of order. Other commentators, however, suggest that while Yitzchak had originally decided to weather the famine in Gerar, something about Gerar was a disappointment and he had decided to leave. In the Netziv’s formulation:

And Yitzchak went etc. – because he trusted that Avimelech would be a financial help during the famine, since he had made a covenant of friendship with his Avraham. But the hopes of man are vain and it was not so, as it will become clear that they hated him. Yitzhak’s time in the capital city was painful so he thought of going to Egypt. And G-d warned him about this.

The Netziv’s approach makes a good deal of sense. First, it retains the order of the verses. Second, it points to a primary theme in our portion. Yitzchak consistently expects one thing only to receive another, more disappointing outcome. First, he expects children, as so many expect that they will come easily. This was not to be. Then, he experiences a series of betrayals at the hands of the duplicitous Philistines, who pretend to be his friends but try to harm him financially or otherwise at every turn. His eldest son disappoints him in his choice to marry Hittite wives and then, of course, Rivka and Yaakov conspire to fool him into blessing his younger son over the older. Even when Rivka tells Yitzchak that she wants to send Yaakov away in order to find a suitable wife, she is being less than completely honest; she actually fears that Esav will kill him (27:42-45).

Time and again, Yitzchak’s dreams and expectations are dashed upon the rocks of a sharper and craggier reality. He loves his wife and children, but they disappoint and fool him. His erstwhile allies are not truly his friends at all, and he is literally forced from place to place because of the famine and fights with his supposed friends. In these trials, we find him alienated, confused, profoundly alone, and vulnerable. Each of these events suggests, as Malbim and Netziv write, that Yitzchak is experiencing the fulfillment of G-d’s earlier warning to Avraham that his descendents would be “strangers (ger) in a land that does not belong to them” (Gen. 15:13). Indeed, when G-d prohibits Yitzchak from leaving the land of Canaan, He tells him, gur, “dwell temporarily,” in this land. G-d is telling Yitzchak that he will not feel settled in what may in fact be a linguistic reference to His earlier warning to Avraham.

Despite Yitzchak’s financial and even familial successes, such alienation, disappointment, and betrayal must have been immensely painful for him. How did he come through it? How, indeed, should we come through such periods that inevitably arise in our own lives due to fighting, failure, sickness and death?

Rabbi Joseph Soloveitchik once described, in a teshuvah drasha, an experience which is resonant of Yitzchak Avinu’s. In 1967, in the span of just a few months, he lost his brother, his mother, and his wife in what must have been an extraordinarily gut-wrenching experience. Some two or three years after his wife’s passing, Rabbi Soloveitchik described how he was able to survive that difficult time:

“Believe me when I tell you that I myself could never have endured the past years had I not felt the close proximity of G-d. I am not a Kabbalist nor a mystic, so when I speak of the nearness of G-d, it is something I feel when opening the pages of the Talmud in order to study. When I am thus immersed in study, I feel as if the Almighty is there standing behind me, putting His hand on my shoulder, looking with me at the text lying on the table and asking me about it. This is not something I imagine. For me this is a true-to-life experience. (On Repentance p. 303)

Indeed, when we return to the verse which so captures our attention, we find the exact same theme:

Yitzchak is told he will suffer as a stranger in a land that ought to belong to him. Suffer though he will, he will not actually have to feel alone, since G-d will be with him. That is to say, Yitzchak did not have to feel alone because he was not actually alone. For the one who experiences the presence of G-d, this must be a great comfort.

Sadly, we cannot go through life and expect to avoid the great difficulties that Yitzchak faced. There are times when we experience a painful distance between us and the people who ought to be closest to us. Like the Rav, we are sometimes confronted by enormous loss. I suspect that it is too much to go through these things alone. Yet, friends and family may literally not be able to come to our sides when we need them. If that is so, we must ask ourselves what we are doing to cultivate our relationship with G-d. There are many religious and philosophical reasons to pursue this relationship. But we also recognize the relatively simple fact that life can sometimes be too painful to be without it. We are too vulnerable to needlessly expose ourselves to that end. So why should we? If we pursue a relationship with our Creator via prayer, study, and acts of kindness – or whatever mix most speaks to us – we can prepare an exceptional kindness for ourselves in our time of need. As the verse says, this will be a blessing. 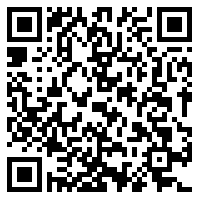