After delivering blessings and reproach to Klal Yisrael, Moshe Rabbeinu tells the Jewish nation, “You have seen everything that Hashem did…in Egypt, to Pharaoh…the great signs and wonders…but Hashem did not give you a heart to know, or eyes to see, or ears to hear until this day” (Devarim 29:1-3).

Rashi explains: “Hashem did not give you a heart to recognize His kindness and thereby to cleave to Him.” To make Bnei Yisrael less blameworthy, Moshe Rabbeinu attributed their shortcoming to the length of time they had been steeped in the spiritual impurity of Egypt. Although they had witnessed open miracles and great wonders from Hashem, they had not been granted divine assistance to appreciate them.


We know, however, that “everything is in the hands of heaven except fear of heaven” (Berachos 33b). Thus, it is man’s choice to know Hashem and listen to His voice. How, then, can it be said that Bnei Yisrael were not granted the ability to perceive Hashem’s benevolence and fear Him?

The Abarbanel, therefore, offers another explanation. Moshe Rabbeinu was, in fact, admonishing the Jewish nation with these words, he argues. They had witnessed so many revelations and miracles, yet they did not take their observations to heart. Moshe asked them in wonderment, “Didn’t Hashem give you a heart to know or eyes to see…?” Eyes and ears are powerful channels to gain understanding, and certainly the heart is prepared to know.

Rashi’s words can be understood with the Abarbanel’s explanation as well. The flaw of the Jewish people was not their lack of understanding of what Hashem had done for them. Rather, the “heart didn’t recognize” – they failed to allow their knowledge to penetrate their heart.

Generally, chesed inspires a close relationship and affection between the giver and the object of the chesed. Moshe Rabbeinu was rebuking the Jewish nation for failing to nurture a closeness with Hashem in recognition of the bountiful daily goodness and kindness they experienced in the midbar.

When Hashem appeared to Shlomo HaMelech in a dream (Melachim Alef 3:9) and asked him what he wished, the very wise king requested “an understanding heart.” Shlomo HaMelech understood that one needs divine assistance and much personal effort to discern the Torah perspective in the affairs of the world and perceive Hashem’s righteousness.

That’s why we ask in our daily tefillos before Shema: “instill in our hearts to understand and elucidate, to listen, learn…to perform and fulfill all the words of Your teaching…. Enlighten our eyes in Your Torah…to love and fear Your name…”

Elul is designated for contemplation and introspection, to ask ourselves where we are going and whether we are properly utilizing the abilities Hashem has given us.

R’ Dovid Braverman gives a parable of a worker who is hired to chop down trees for good pay. He is given a saw and an ax and an area in which to work. The laborer works vigorously and chops down 18 trees on the first day.

Happy with his work, the supervisor enthusiastically encourages him. The worker resolves to go to sleep early and get enough rest so that he can exceed his first day’s output the next day. The following day, however, he only manages to chop down 15 trees.

“I must be tired from this demanding work,” he thought and that night he went to sleep before sundown. The next day, though, he barely managed to chop down nine trees. Each ensuing day, he chopped down fewer trees.

When one day he only managed to chop down one tree, he promised the supervisor that he had exerted all his effort and could not understand why he could not cut down a second tree.

The supervisor asked, “When was the last time you sharpened your axe?”

Taken aback, the worker replied, “I have been so busy. I didn’t have the time to sharpen my tools.”

During Elul, we sharpen the tools Hashem has given us so that we can perceive Hashem’s goodness, incorporate it within ourselves, cling to Him, and fulfill our purpose in this world. Then we will merit heaven’s blessings without limit. 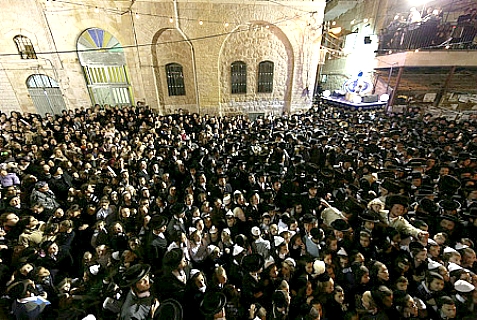 Do You Have OCD – Obsessive Charedi Disorder? 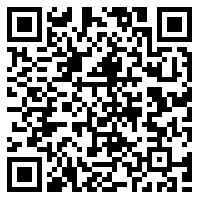