This week’s haftara is always read between Rosh Hashana and Yom Kippur, on the Shabbat that gets its name from the haftara: Shabbat Shuva. The navi Hoshea, at the conclusion of the book that bears his name, urges Israel to return to Hashem to be forgiven and redeemed.

The navi says that Hashem will be “as dew to Israel, who will bloom like a lily. The roots will strike the earth as in Lebanon.” (Hoshea 14:6). Radak explains this verse as an allegory deriving from events in the natural world. The dew often represents the pure kindness of Hashem in Jewish tradition. The mann that our ancestors ate in the wilderness arrived with the dew, and we cover our challot on Shabbat on top and bottom to remind us of this.


As we observe the autumnal holidays of Tishrei we are reaching the end of the season of the dew that began on the first day of Pesach. Even when Hashem doesn’t cause rain to fall and feed our crops, he provides moisture and sustenance through the dew of the earth. Radak explains that this is a representation of the mercy of Hashem in our exile. Although the revealed miracles and the freedom and joy have been interrupted, Hashem’s attention to our needs continues unabated. The dew remains during the season when the rain is not falling.

In Tana d’vei Eliyahu (appendices to Eliyahu Zuta), R’ Eliezer asked his students if they thought they could endure the hardships against which Israel was warned if we did not follow the will of Hashem. Rabbi Eliezer explains that in order to truly appreciate the greatness of Hashem in redeeming us, it is necessary for the individual and the collective to obtain the level of a baal teshuva, a person who has previously done the wrong thing and renounced it. He further states that the attribute of pure judgment every day accuses Israel before Hashem of violating His precepts, and Hashem Himself defends us. Hashem says to the attribute of justice, “Only look at how sincere they are in repenting from their wrongdoing. Teshuva is greater than all the korbanot and all of the tefilot combined. Teshuva is greater than tzedaka, because to give tzedaka a person has to take away a little bit of his own money but to do teshuva requires the commitment of the entire self.”

We see in our haftara that when Israel returns to the service of Hashem we are to “bring with [us] things” (Hoshea 14:3). We discussed this phrase in more detail last year. The only things that Hashem requires are those that are conducive to our full repentance and returning to Him. Rabbi Nehorai taught here that Hashem gave us ten days in which to complete our repentance in recognition of the ten occasions on which our ancestor Avraham demonstrated his fealty to Hashem and the ten declarations we received from Hashem at Har Sinai. Thus, we have been given the opportunity to take our time in achieving complete and perfect repentance – even if it takes us ten days of working at it, the result will be satisfactory to Hashem and we will be forgiven.

Rabbi Eliezer concludes from the verse we saw previously, about the lily striking deep roots into earth, that teshuva heals Israel from all our wrongdoing and the spiritual and mental illness that leads us into error. In this vein, Malbim interprets our pasuk as a reference to a certain type of flower: shoshanat Yericho (Anastatica hierochuntica) that is blown by the wind to distant fields and is activated by the dew to put down roots and flower. He says that this is a metaphor for Israel as we are blown by the figurative winds into distant exile, but the dew from Hashem preserves us in the most remote locations. where we flower in beauty and majesty as a shoshana. But eventually we will put down our roots in our own land when Hashem returns us to Israel. Although the lily doesn’t have deep roots like a cedar of Lebanon, once we have been restored to our proper place we will become rooted in the same way and never again be borne by the wind to distant exile. 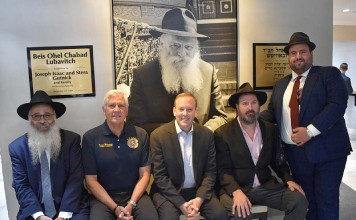 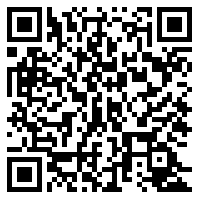