Among Chabad chassidim, excitement is mounting as we approach the 10th of Shevat. The Rebbe always emphasized the importance of this date as the anniversary of the passing of his saintly father-in-law, Rabbi Yosef Yitzchok Schneersohn (1880-1950), the sixth Lubavitcher Rebbe (the Rebbe Rayyatz).

Every year, the Rebbe would call for special preparations – such as studying extra Torah, giving more charity, and participating in mitzvah campaigns to bring Jews closer to Yiddishkeit and Chassidus – during the month before this holy day. He would particularly do so when it was a special anniversary (as it is this year – the 70th).

The Rebbe’s chassidim, though – particularly those who never knew the Rebbe Rayyatz (i.e. almost all Chabad chassidim today) – mark this date as the completion of 70 years of the Rebbe’s leadership. In doing so, they are actually following the Rebbe’s example since the Rebbe was his father-in-law’s most devoted chassid and always referred to him as “the Rebbe, the leader of our generation.” He also constantly called for chassidim and others to fulfill his father-in-law’s enactments, such as studying a daily portion of Chumash and Tanya and saying a daily portion of Tehillim.

As to his own role, the Rebbe was self-effacing, seeming to consider himself just a “caretaker” of the Chabad movement who assumed responsibility for ensuring that the wide range of activities initiated by his father-in-law would, in the latter’s physical absence, proceed and expand in an orderly manner. Very rarely did he refer to himself as leader of Chabad-Lubavitch, and even then would explicitly refer to the years of his own leadership as the direct continuation of his father-in-law’s leadership.

From the Rebbe’s absolute devotion to his father-in-law, chassidim have learned what the measure of their own devotion – what chassidim call hiskashrus – to their Rebbe should be. Outsiders often don’t understand why Lubavitch chassidim go to the ends of the earth to bring Yiddishkeit to Jews not yet fully observant. They do so because they have observed the Rebbe’s life of total devotion to his Rebbe and have learned to emulate it. For it is through the Rebbe that we can be connected, at the deepest soul level, to the Divine source to which he is connected.

Thus, although the Rebbe himself always emphasized the 10th of Shevat as the anniversary of the passing of the Rebbe Rayyatz, chassidim emulate the Rebbe’s devotion and soul bond and direct it towards him (and thus celebrate his leadership).

The Rebbe explained that the great leaders of Chassidus – from the Baal Shem Tov and Maggid of Mezeritch through the chain of Chabad leaders – represent a single theme. The Divinely-given mission of them all has been to connect the Jews of their generation with G-d. Thus, studying their Torah teachings and learning from all of them is important. Nevertheless, the leader of our own generation, the Rebbe – attuned to the special needs of our generation – is more directly relevant to us. And that’s why Chabad chassidim are particularly devoted to him. He has taught us what is required of us today.

Some may wonder how Lubavitch chassidim can refer to the Rebbe as the leader of our generation. But anyone familiar with the exponential expansion of the Chabad movement over the past several decades – thousands more shluchim to many hundreds of old and new locations, hundreds of new Torah schools at all levels, throngs of new chassidim, etc. – can have no doubt that it is the Rebbe who continues to guide the movement in every respect and is leading us towards the revelation of Moshiach, may it be very soon. 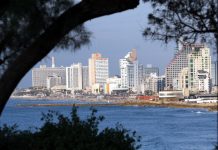 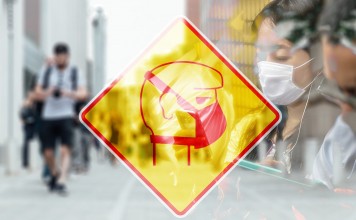 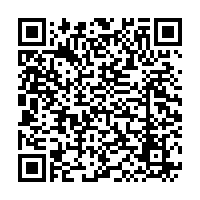