Pesach has passed, and as life returns to normal we find ourselves in the month of Iyar. Every good Jew knows that s/he must always be growing closer to Hashem, one step at a time. In His kindness, Hashem gave us different months of the year to work on different qualities. What is the area in which we must grow in Iyar? Is there something specific Hashem has in mind? Come; our journey has now begun.

Our Sages teach that each of the twelve months is aligned with a different one of the tribes of Israel who should be made our role model for thirty days of the year. Iyar is aligned with Yissachar. Yissachar is definitely a great role model, as he was a tremendous Torah scholar. The pasuk states about him “Yissachar is a strong-boned donkey… He bent his shoulder to bear {the yoke of Torah – Rashi}.” However, notwithstanding Yissachar’s greatness, one could ask a fair question. Shouldn’t the Torah scholar be aligned with Sivan – the month of the Torah/Shavuos? The fact that Yissachar was placed in our month makes it apparent that it’s not his erudition that we must imitate, but rather a different quality in which he excelled. What is that quality?


Before addressing this question, let’s add another. Our Sages teach that not only does each month have a tribe, but a constellation as well. Just as we mentioned earlier regarding the tribes, the reigning mazel serves as a model of how we should act in its month. So let’s make mention of Iyar’s mazel – Shor (a.k.a Taurus the Bull). What is it that makes an ox special? In what way should we emulate it?

In order to answer these questions about Yissachar and Taurus (and thereby discover the Avodah of Iyar), we will need to take an extended detour to understand the one special mitzvah which applies every day of this month. Of course, we are referring to Sefiras Ha’omer. It is well known that the job of Sefira is to count the days leading up to Shavuos in order to be properly prepared to receive the Torah anew. But the obvious question is – how does counting Sefira prepare us for that great event? Many of the commentators take the path of explaining that the Seifra is an exercise meant to drill a certain message into us so that, after 49 nightly exercises, we will be ready for Matan Torah. So what is that message we must imbibe? Perhaps the answer can be discovered if we understand what the Omer has to do with Sefira. Yes, this latter sentence was very enigmatic. Let’s take the next step in our journey by explaining what it means.

The Halacha states that in Eretz Yisrael (and according to many authorities, even in the Diaspora), the new crop of grain (Chodosh) cannot be utilized until the 16th day of Nissan passes. Once the 16th of Nissan passes over an existing crop, the grain is deemed ‘old’ (Yoshon) and may be eaten. In the time of the Beis Hamikdash, the transition was made (on the 16th of Nissan) with a special korban called the ‘Omer’. So essentially, when we start counting Sefira from the 16th of Nissan, we are in reality counting from the day of the Korban Omer – hence the term Sefiras Ha’Omer. This piece of information is valuable to our quest. We now know that to properly prepare for Shavuos we need to work on imbibing the message of the Korban Omer. We’ve taken a few more steps. Now let’s move on to discover what the message of the Omer is.

Let’s take a look at the Maharal’s exposition of the mitzvah of Sefira. In his sefer Drush al HaTorah, Maharal writes as follows. “The mitzvah of Sefira is to prepare a person to accept the yoke of Torah and mitzvos… Man was created to toil… Sefiras Ha’omer leads us to Matan Torah because it makes us prepared to accept the yoke and it prepares us to toil.” Even without reading any more of the Maharal’s words, we already have gleaned a great piece of the puzzle. The Maharal is teaching us that the growth of Sefira is to learn to submissively work hard as servants of Hashem. However, we do not yet know how Sefira teaches us this lesson. Let’s read on.

“In order to enable us to learn the lesson of the yoke and of toil, Hashem commanded us to bring the Korban Omer. The Omer teaches us this lesson in that it is made out of barley… Barley is the food of a beast, and our Avodah in the days of Sefira is to be like a beast. How so? Beasts in general (and oxen and donkeys in particular), have one purpose – hard work… We have to learn to be like these beasts, and work hard with the yoke of Torah and mitzvos. Hashem commanded us to bring a Korban Omer, made from animal food, so we will learn to work hard like a beast.”

With this Maharal, our questions about Sefiras Ha’omer have been answered. The job of counting Sefira is to recall and imbibe the message of the Korban Omer – that we are Hashem’s servants and we must toil to serve Him. We work on this message for 49 days so that by the time Shavuos comes, we will have fully accepted the yoke of Torah and mitzvos.

Now perhaps we can backtrack and answer our initial questions. Why is Yissachar aligned with Iyar? The answer is – because Yissachar is the one who “bent his shoulder to bear the yoke of Torah.” It wasn’t Yissachar’s scholarship that made him stand out with regard to this month. It was his acceptance of the job of serving the Almighty. It was his willingness to toil for the sake of his Master. This also explains why Taurus is the icon of our month. An ox’s main quality is his ability to bear a yoke and work hard. That is the beauty of a beast. He toils with all he has to serve his master. Yissachar (the strong-boned donkey) and Shor (the ox) are role models we should emulate in our lives. The Avodah of Iyar is to learn to accept the yoke of toil, and to work for Hashem with all we’ve got. That is the message we focus on when we count the Omer, and that is the only way we can reach a true Kabbalas HaTorah. May we merit succeeding in this endeavor. Have a meaningful Iyar. 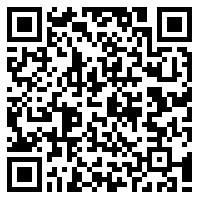