“In the beginning, Hashem created the heavens and the earth” – Bereishis 1:1


The Sforno explains that “in the beginning” means “at the beginning of time – the very first moment. Before this, there was no time.”

The Sforno seems to be saying that when Hashem created the world, it wasn’t only the physical world that He created but time itself. And so when the Torah says, “in the beginning,” it means at the very first moment in time because before this there was no time.

In order to answer this question, a mashol will be helpful.

Imagine that before Creation, two angels were having a conversation:

“I heard that Hashem is going to create an entire physical world,” one angel says to his friend.

“Really? What will exist in this physical world?”

“Oh, there will be birds and flowers, trees and oceans, and animals, some small and some large. There will even be a huge behemoth called an elephant.”

“Fascinating. Tell me; how heavy is this thing you call an ‘elephant’?”

So too, before the act of Creation, if you were to ask how tall the giraffes would be, there wouldn’t be an answer because inches and feet are measures that are relative to a physical existence. Before there was physicality, there was nothing to measure, so there was no system to measure height. Even something as ethereal as light can only be measured in a physical world. Before creation there was no light, so a system of measuring luminosity didn’t exist.

This seems to be the answer to the Sforno. In the physical world time is relevant. Everything physical has a beginning and an end. You can measure its age and life expectancy, and then compute its half-life. But that is because the physical world is temporary and everything in it has a set amount of time to exist. Since that existence is limited in span, it is measurable. The spiritual world doesn’t function that way. Things in the spiritual world are. Once they begin, they remain. However, change isn’t part of that reality, and so any measurement system dependent upon change isn’t relevant.

This seems to be what the Sforno means when he says, “In the beginning, at the first moment of time.” Before Creation, there was no time because time is a measure of a physical existence. In a spiritual world, there is no such concept as time because nothing is affected by time. It was only when Hashem created the heavens and the earth that anything physical came into being, so it was only then that there could be a system to measure time. At that moment, time itself came into being.

This concept is helpful to us in relating to one of most of the most illuminating facts in our existence: that I will live forever. My body will die, and I – the part that thinks, feels, and remembers – will live on long after it. Reb Yisroel Salanter compares death to taking off a coat. When I take off my coat, I emerge. Not some splintered version of me, but me minus an outer garment. So too, after my body dies, I live on. 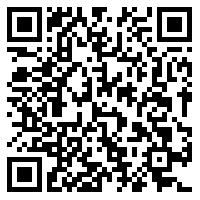