Our haftara uses the difference between Yaakov and Esav as a point of departure but it soon gets down to the business of what is the bulk of the navi Malachi’s message to Israel. Malachi is the last of the biblical prophets. In his time, during the second Beit HaMikdash, the priesthood is already being sold to the highest bidder, and the spiritual and moral stature of the kohanim is compromised. In the struggle between Yaakov and Esav, it almost seems as if Esav has prevailed because far too often it is his ethics and values that guide the ritual service of Hashem.

Malachi is warning the kohanim not to fall into these spiritual traps and to continue to elevate themselves to a higher level as their ancestor Aharon was elected for. He warns the nation of Israel not to take lightly the kohanim – past, present, or future – who are tzaddikim, who are worthy of their patrimony and who set an example by their own conduct for the proper characteristics of righteousness. As we have seen before in Yeshaya and elsewhere, the improper korbanot are compared to rotting food and offal. Here in our haftara, we find kohanim with muck on their faces, so filthy have they become in their descent into hedonism and the celebration of materialism. The passage describing how filthy and disgusting the mass of kohanim have become (Malachi 2:3) is a touchstone throughout rabbinic Judaism for describing the depravity of a supposed religious leader who only seeks pleasure and self-aggrandizement.


Unfortunately, this type has remained far too common throughout our history. The navi refers in the aforementioned pasuk to the “muck of your holidays” as you celebrate them. The Gemara responds to this phrase on a few occasions, most notably in Shabbat (151b) explaining that these are the people who have abandoned the words of Torah and live every day like it’s a holiday – a party. Abarbanel emphasizes that these are their holidays, it’s their party. Hashem is not joining in the celebration and it will not end well for them. The Shela HaKadosh emphasizes the distinction between such voluptuaries who only wish to seek pleasure and gorge themselves until they become sick, literally filthy in many cases, and the tzaddik, who understands that everything must be enjoyed in moderation.

Malachi is cautioning the children of Israel to be like our father Yaakov and prioritize spirituality and dignity, to reject the values of Esav which were gluttony and greed. 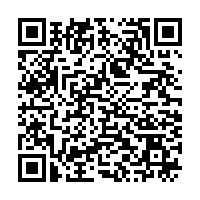