Once we’re on the topic of gratitude, let’s start with an example of the Jewish people’s unfortunate lack of it. Most of Devarim consists of Moshe’s final speech to the people, and Rashi and Ramban fascinatingly read Moshe as implying he faced more difficulties in leading them even than those we know from the text.

While laying out where and when Moshe gave this speech, verse four says it was after he had defeated Sichon and Og. Rashi says Moshe chose to wait until then to avoid the Jews rejecting his reproof. Barring the victory, had Moshe reproved them for past wrongs, they would have said he was looking for excuses, to cover over his inability to bring them into the Land. Only once he had started the conquest, could he tell them what they needed to hear.

After forty years in the desert, with daily manna from heaven and water from a rock, a pillar of cloud and fire leading them, the Jews would still say Moshe had done nothing for them, until he won them some land.

Judges and Other Troubles the Jews Caused Moshe

Among his first reproaches, verse twelve, Moshe speaks of how the people made it impossible for him to lead them alone. Rashi understood Moshe to mean the Jews would extend court cases, needlessly and without hope of winning, to avoid losing. He also thought Moshe tells us the Jews always put the worst spin on his actions.

Ramban reads the same words—torchachem u-masa’achem— to describe a difficulty in leading the people which was not the Jews’ fault. It was hard to teach an entire people the Torah (torach), and hard for Moshe to figure out how to pray properly for the entire people (the meaning of masa, for Ramban). He needed help.

Ramban also adds a twist to how the Jews might have made court cases harder to litigate.  Rashi had said the Jews would demand additional judges when they saw the case heading to a verdict they disliked, but Ramban knows of no such right of a litigant. He instead says the Jews would call for more judges at the outset, would demand a five or seven judge panel instead of the usual three, burdening the court system to find more judges. In other words, Jews would use the system to delay and deter the deserved inevitable.

Moshe had to work with them, to try to bring justice.

Once the judges were in place, Ramban thinks they caused problems almost immediately. He says Moshe puts the story of the judges’ being appointed (1;9) just before the story of the sin of the spies to tell us the idea for the spies (which eventually led to thirty eight more years in the desert) came from the new judges. The people were sure the judges had a better idea than Moshe, and forced him to follow it.

If so, the difficulties the people created for Moshe, which led to his appointing judges, brought on the much greater tragedy of the spies. Had they been satisfied with Moshe’s advice, Ramban implies, all might have gone better.

In the second chapter, verses 16-17, Moshe says Hashem spoke to him after the death of all those of the previous generation who were not going to make it into the Land. Rashi says Moshe was connecting the two, was telling us Hashem spoke to him anew only once the whole generation was gone. For Rashi, the verse teaches us prophets only receive prophecy because the Jewish people need it (a view others – such as Rambam – would dispute,).

While the Jews were in the process of being punished by Hashem, they did not merit the kind of full and loving revelation Moshe had experienced until the sin of the spies. Once they were gone, revelation came back. For thirty-eight years, Moshe did not get to interact with Hashem the way he had had the fleeting opportunity to do at Sinai and for a short time thereafter.

Early in Devarim, Moshe lets us see past the accomplishments and successes, gives us a sense of the day to day grind, the difficulties—momentary and ongoing—it took to build those successes, to be a Moshe Rabbenu.

*Note from the author: Last time we met was my first time sharing this space with my friend, R. Francis Nataf, and I forgot to thank him for his gracious invitation to split weeks in offering a thought on the parsha. As I pause now to express my appreciation for an opportunity I value, I also invite you to be in touch (my email is grothst@gmail address), to send me your thoughts, reactions, or whatever else moves you. 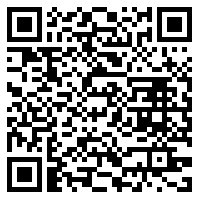