Few texts seem less philosophically promising at first glance than “anything that a zav lies on becomes tamei” (Vayikra 15:4). By contrast, “The world stands on three things: Torah, Avodah, and Gemilut Chassadim” (Avot 1:2) seems wholly removed from the nitty-gritty of halakhah. Yet on closer analysis the conceptual relationship between these texts illustrates and validates Rav Aharon Lichtenstein zt”l’s insistence on the integration of halakhah and hashakafah.

Let’s start from Vayikra. Mishnah Zavim 4:7 cites a disagreement regarding the case of a zav who is lying on a four-legged bed, with each leg of the bed resting on a garment. The tanna kamma (anonymous initial position) holds that all four garments become tamei. Rabbi Shimon holds that none of the garments becomes tamei.

The tanna kamma’s argument is that since the bed would fall if any of its four legs were removed, the zav is lying on each of them. All that matters is that each leg support any of the zav’s weight. Rabbi Shimon’s argument can be understood in two ways. According to Rambam, he holds that only something which supports most of a zav’s weight becomes tamei. According to Rashi, he holds that only something which supports all of a zavs’ weight becomes tamei.

Rav Lichtenstein suggested that Rashi and Rambam’s positions reflect a fundamental conceptual disagreement. Rashi holds that the action of supporting a zav makes something tamei. Rambam, however, holds that the key factor is the status of being a zav’s support.

The halakhot of zav have not been practical for millennia. But the disagreements in and about this Mishnah have important and very present consequences in the realm of hashkafah.

Shimon HaTzaddik teaches in Avot 1:2 that for the world to stand, it must be supported by three pillars: Torah, Avodah, and Gemilut Chassadim. What defines “supported by”? The first time I had the privilege to learn Torah from Rav Lichtenstein, he asked in his endlessly imitable style:

a) Does the world fall if any of Torah, Avodah, and Gemilut Chassadim is lacking, or only if all are lacking?

According to the tanna kamma, so long as each individual pillar makes even a token contribution, the world can yet stand. A culture of piety and learning can survive interpersonal failures; a culture of serious scholarship and good character can compensate for a lack of religious passion; and a culture of genuine spirituality and profound kindness can endure despite ignorance.

According to Rashi’s Rabbi Shimon, each pillar must support its own third of the world. The world can withstand the schismatic separation of piety, learning, and character, so long as each survives in its own bastion.

But I find Rambam’s Rabbi Shimon to be the most compelling position. A cultural world must be defined as “resting on Torah, avodah, and gemilut chassadim” in order to stand. Each pillar must be strong enough to support most of its world.

There are growing socio-religious gaps in Orthodoxy between the realms of profoundly rigorous study of Torah, spirituality as service of G-d (Avodah), and the aspiration for social justice (Gemilut Chassadim). Perhaps our world can survive this trifurcation, as it certainly cannot if any of the three completely disappears.

But I submit that authentic Judaism needs at least the possibility of such unity to survive. A healthy Torah culture cannot believe that Torah is disinterested in social justice; a healthy culture of yir’at shomayim cannot see learning as irrelevant; and the past century bears eloquent witness to the dangers and ephemerality of avowedly secular utopias.

Rav Aharon Lichtenstein modelled the gold, the vision, and the dream of a fully integrated religious life, in which Torah, avodah, and gemilut chasadim could never be pried apart. If our world yet stands, it is and will be in his merit. Zekher tzaddik livrakhah. 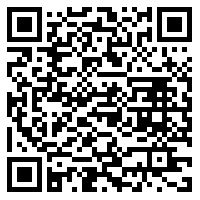