Interestingly, Chazal (Kallah Rabbasi 3) say that there were some individuals who merited entering Gan Eden while still alive and Chiram was one of them. Clearly, Chiram was a very righteous person.

However, we find a shocking account of Chiram’s spiritual depravity in Yechezkel (28:2). There, the navi says that Chiram is full of arrogance and thinks he is a god; therefore, Hashem will bring great destruction upon him. The truth is that the navi does not mention Chiram by name; Yechezkel refers only to the king or prince of Tzur. However, the Gemara (Baba Basra 75a) says that the navi is referring to Chiram melech Tzur, and Hashem decreed for him to die a terrible death. The Yalkut Shimoni there elaborates on Chiram’s transgressions and says that he built a massive seven-story edifice meant to mimic the seven heavens – as if to proclaim that he was like Hashem. Yechezkel was sent to rebuke him, but Chiram rejected any criticism, arguing that he had lived so long because he was immortal.

How does this rebellious depiction of Chiram fit with everything we know about his previous righteousness? Did he simply reject G-d in his later years?

The Malbim resolves the puzzle by saying that the original Chiram died supremely righteous and entered Gan Eden while alive. After his death, the people of Tzur respected his memory and refused to appoint another king. Rather, they named a prince to lead them and created a statue of Chiram sitting on his throne. This statue was treated as an idol and it was toward this idol that the wrath of Hashem was directed. 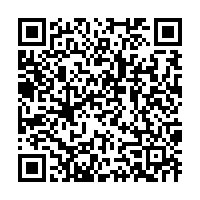