During Wednesday’s special plenum debate on the topic of “two states for two nations,” which was held at the prescribed request of 40 MKs, Prime Minister Benjamin Netanyahu said that “seven years ago, in the Bar-Ilan speech, I clarified what was needed to end the conflict. I insisted on two principles: the first being mutual recognition; the second – demilitarization. Experience has taught us that only the IDF can secure this demilitarization.

“We all saw what happened in Gaza,” Netanyahu continued. “Israel cleared the territory, and we got terror. We all saw what happened in Jerusalem when we did not operate in Beit Jala. Therefore, in all this talk of separation, with or without an agreement, we must realize that there is no separation with security. Israel must continue to be the element which is responsible for security on the ground.

“Immediately after the speech, many attacked me and called on me to give up on the principles I set. Of course, I didn’t take that risk, and then I was described as refusing peace,” Netanyahu told the plenum.

“Five years ago, with the outbreak of the Arab Spring, I continued along the same line, but I expressed doubts regarding the victory of those who seek progress and peace. I said then that extremist elements will most likely establish despotic regimes. Of course, I was harshly criticized then as well. People explained to me that I must capture the greatness of the moment. The past five years have proven who was right and who was wrong. My duty as prime minister is not to bury my head in the sand, but to look reality in the eyes.

“A year ago I made it clear that in light of the tremendous changes that are taking place in our region, and all the territory that is cleared is captured by extremists, it doesn’t look like we can implement the two-state solution under the current circumstances. And then you also attacked me.

“And then, at the beginning of the week, something happened. Members of the Labor Party determined that the two-state solution cannot be implemented,” he added. “Good morning [Labor Chairman Yitzhak Herzog, a.k.a.] Buji, I’m glad you’ve woken up. Good morning Labor, welcome to the Middle East. The alarm clock has rung and maybe you’re beginning to understand where we live,” Netanyahu said.

“Even though you were the last to understand the reality, as we say, better late than never,” Netanyahu continued. “But how can your judgement be trusted to deal with the threats around us, when you’re years late in understanding what’s going on here?”

“Terror is not a result of occupation,” Netanyahu said. “The terror stems from a culture of death. Its goal is not to free a state, it is to destroy a state.”

“Terror is the result of a totalitarian ideology” and a desire to kill Jews, the prime minister told the plenum.

“I know the far right disagrees with me. The far right thinks annexing the territories with their Palestinian residents is the solution,” Herzog said. “Well, who stopped you? You set up a purely rightist government. What are you afraid of?” 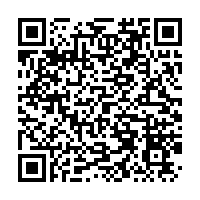