Rashi explains that at night Yaakov did not know it was Leah. Yaakov had given signs to Rochel, but when she saw that Leah was being brought to Yaakov she did not want her sister to be shamed. Rochel immediately gave her the signs.

The Medrash tells us that when the Jewish nation was exiled, the avos came before Hashem to plead for mercy on their behalf. They were not successful. Rochel then cried before Hashem, “Master of the World, it is known before You that Yaakov, Your servant, loved me dearly and served my father for seven years. But then my father gave him my sister in my place. It was very difficult for me, but I did not want my sister to be embarrassed … If I, a mere person of flesh and blood, was not jealous, why are You, the King who lives forever, jealous of the idol worshippers and You exiled my children….”

The mercy of Hashem was aroused, and He promised Rochel to return the Jewish nation to their Land, as it says (Yirmiyahu 31:14-16), “… Rochel weeps for her children; she refuses to be consoled for her children, for they are gone … Restrain your voice from weeping and your eyes from tears; for there is reward for your accomplishment … and they will return from the enemy’s land … and your children will return to their border.”

Why did Hashem allow Yaakov’s marriage to Leah to proceed? Leah knew that if Yaakov married Rochel, he would not marry her, Leah. The Talmud (Bava Metzia 59a) tells us, “Even if the gates of prayer are closed, the gates of tears never close.” Leah’s tears rescinded her destiny.

The Yeitiv Lev points out that Rochel’s tears served to offset the tears of Eisav. The pasuk tells us (Bereishis 27:38), that when Eisav realized that Yaakov had taken his blessings he raised his voice and cried. The Zohar states that the Jewish people were taken into exile because of these tears, and in turn we would also be redeemed from exile because of tears – the tears of Rochel, who cried for her children.

The Chizkuni says that when Eisav cried, Yitzchak told Eisav that although he had given Yaakov all the brachos that Avraham Avinu had given to him, he now saw that Hashem created a new bundle of brachos (Bereishis 27:39-40) as a result of Esav’s tears. (“Your dwelling place will be the fat places of the earth and of the dew of the heaven …”) Such is the power of tears that it has the ability to transform worlds and to create a new essence of blessing and abundance, no matter who is crying.

The Taz Cried Inside

R’ Dovid HaLevi, known as the Taz, wrote the Turei Zahav commentary on the Shulchan Aruch. In his younger years he was very unassuming, preferring not to reveal his true genius.

He once anonymously traveled to a distant city accompanied by one of his disciples. One day the Taz observed that when a chicken was brought to the Rav of the city to determine whether it was kosher, he ruled that it was treif. But the Taz personally deemed the chicken to be kosher and, in fact, knew of no opposing findings.

The Taz mentioned his opinion to another guest at the local inn, who reported this conversation to the Rav of the city. The Rav demanded that the stranger be brought to him. He reproached the Taz, and decreed that since he had defied the Rav, he should not be allowed to enter the bais medrash. The Taz accepted his “punishment” with love and remained in the city incognito.

Some time later, he saw a young girl crying in the street. The Taz asked her the reason for her bitter tears. She explained that her family was extremely poor, and her mother had been saving a coin every day until she finally accumulated enough money to buy a small chicken for the family. It was to be the first time in many months that they would enjoy some real food. The Rav, however, had ruled the chicken treif, and she did not want to return home and disappoint the family.

After examining the chicken himself, the Taz instructed the girl to return to the Rav and tell him to look in the Turei Zahav, at a specific chapter, page and line where he would find a law that clearly explained that the chicken was kosher. The girl ran back to the Rav. When the Rav researched the matter and saw that he had been incorrect, and that this unknown man amazingly had this information at this fingertips, he told the girl that he must meet the person who had given her this information.

When the Rav came face-to-face with the Taz he realized that the man was, in fact, a true talmid chacham. The Rav deeply regretted his criticism and the embarrassment he had caused the talmid chacham. He called a meeting of the entire community in the main shul to reveal the identity of this distinguished guest and to publicly ask for his forgiveness.

Later, the disciple asked the Taz why he had decided to disclose his true identity after he had sworn the disciple to secrecy. The Taz explained that when he saw the tears of the sincere child, he himself began to cry inside, and he felt compelled to help her and the family. “The power of her tears overwhelmed me,” he said, as our sages tell us that when a Jew cries all the gates of heaven are open. 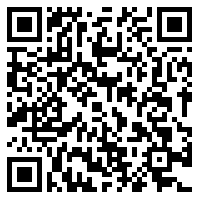