The months keep rolling by and we now find ourselves in the month of Shevat. Hashem was kind enough to give each month its own special qualities so we could compartmentalize our growth into different parts of the year. Let’s jump into Shevat and see what we can pull out of it. And so we go.

Each month has its own mazel, or constellation. Shevat is lined up with d’li – which is literally a bucket, but is more commonly known in English as Aquarius the Water Bearer. What is the message that d’li carries? This line of inquiry becomes particularly difficult when we reflect on how the Jewish People are said to be represented by a d’li. Why would the Chosen People be compared to a bucket? This seems arbitrary at best and perhaps even negative – for isn’t a bucket only valuable as a servant to its contents? Why would the nation that validates the creation of the world be called a tool of secondary importance?


Let’s follow a second train of thought to the New Year for the Tree observed in Shevat. Many are probably familiar with the question regarding the usage of the singular term – ‘New Year for the Tree,’ as opposed to ‘for the Trees.’ The most common explanation given is that this month’s job relates to the tree – the Tree of Knowledge of Good and Evil in the Garden of Eden. So our second question will have to be this: what is the connection between Shevat and the Eytz Hadaas? And how does it connect to the holy nation compared to the bucket?

Before we attempt these two questions, let’s pursue a third line of thought. The Sefer Yetzirah writes that each month is aligned with a particular human faculty. In Shevat we are enjoined to rectify Le’ita. This term has been left untranslated so we could analyze its nuanced meaning. Le’ita is a type of eating, but if it were just that we would call it Achila. Le’ita is more accurately describing as being fed. This is seen in the story of when Esau demanded that Yaakov pour soup down his throat. He says “Haleitaini na min ha’adom ha’adom hazeh” – “Pour into me now some of that very red stuff.” (Bereishis 25:30) So our third question is as follows. Le’ita is not a human faculty. One doesn’t engage in Le’ita. So it doesn’t make sense to say that we have a job to fix Le’ita. Shouldn’t the Sefer Yetzirah have said that our job is to perfect the faculty of eating? What does he mean when he says that Shevat is the time to rectify Le’ita?

In order to answer our three questions let’s turn to the Pri Tzadik’s thoughts on Yaakov Avinu and Le’ita. We find in the sidra of Vayeitzei (28, 20) that Yaakov prays that Hashem should provide his basic needs. Yaakov asks for “bread to eat and clothes to wear.” Rav Tzadok asks – isn’t it obvious that bread is to eat and clothes are to wear? Why does Yaakov feel the need to spell out what he will do with the food and clothing that Hashem gives him as if Hashem didn’t already know? Rav Tzadok answers that Yaakov wasn’t just asking that the food and clothing would come to him from Hashem. Yaakov was also asking that “to eat” and “to wear” part would also come from Hashem.

What this enigmatic idea means is as follows. A person can feed himself and put on his own clothing. In such a case, all we would know is that the one eating or getting dressed desires to have the food eaten or the clothing on. But if somebody else feeds you (like in a Le’ita situation) or if someone else clothes you then one can draw the conclusion that he (the party doing the feeding or clothing) desires the result. So Yaakov was telling Hashem that he didn’t just want food and clothing to indulge in at his own whim. He informed Hashem that he only was going to eat if the desire for it to be eaten came from Hashem. In simpler words, Yaakov was saying that he would never eat for his own pleasure, but only in situations where it was Hashem’s will that he should eat. He told Hashem that he wouldn’t wear clothing for his own gratification, but only if wearing the clothing would conform with the Divine Will. When Yaakov said he wanted “bread to eat” to come from Hashem he meant he wanted “bread” to come from Hashem as well as the injunction “to eat” to come from Hashem. In this way Yaakov told Hashem that if he encountered a situation where there was a conflict of interests because he wanted to eat or wear clothing but Hashem didn’t want him to, he would bow in submission before the Will of his Creator.

Now perhaps we can backtrack and answer our questions. Let’s start with number three. Why is the faculty of Shevat referred to as Le’ita instead of Achila? I believe the answer should be clear by now. The nuanced term Le’ita was chosen so we would learn exactly how to rectify eating. Eating is not supposed to be done for our own personal gratification. That would merely be a self-serving act that every beast in the animal kingdom engages in. A true servant of the king does every act to serve his master. Eating should be done with the intent that Hashem wants us to be healthy. Eating should be done with the intent that we cannot serve our Master without the energy given to us by food. Eating should not be done as an Achila – where it is eaten based on our own will, but rather as a Le’ita – where it is done based on Hashem’s Will.

This is the connection between Shevat and the Tree of Knowledge. What was the great sin of Adam and Chava? All they did was eat a fruit! The answer is that they ate because they desired it, while the Divine said it should not be eaten. There was a conflict of interest in that Garden, and the purpose of creation was so Man would earn eternal bliss by learning to subliminate his own will before his Creator’s. Tragically, he failed and we now must rectify this sin by doing what he was supposed to do.

Let’s conclude by answering our initial question. What is the significance of the bucket and why are the Jewish People compared to it? The answer is as follows. A bucket’s sole purpose is to contain water. Water is a term used to refer to Torah (Bava Kamma 17a). Very often people get caught up in different causes and philosophies and they forget that the Jewish People have only one reason for existence – to keep the Torah. Man was made with desires and it is normal for a person to have aspirations and dreams. But our job as Hashem’s people is to learn to subliminate our desires before His Will. If we can learn to bow in subservience before Hashem’s Will when conflicts of interests arise, we’ll succeed in our job in life and become the holy people we are meant to be. Have an accomplishing Shevat.

Growing Resistance to Evacuating Jews From Their Homes 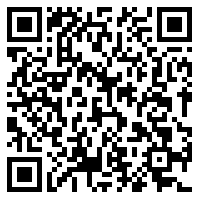