Parshas Vayeilech contains the mitzvah of hak’hel. This mitzvah is the penultimate mitzvah in the Chinuch’s count of mitzvos based on the order that they appear in the Torah.

Hak’hel is performed once every seven years – on Sukkos following a shemittah year. The Torah states that the king is to read from select portions of Mishnah Torah (Sefer Devarim) and all of Klal Yisrael are to gather (hak’hel) to hear the words of the Torah. Some Rishonim (see Yirei’im, mitzvah 266 and mitzvah 333) count two separate mitzvos here: 1) the king must read the Torah and 2) klal Yisrael must assemble.

Men, women, and, even small children are obligated to attend. The Minchas Chinuch writes that even a baby 30 days old is included in this obligation. (Obviously small children cannot be obligated to do anything; rather, the obligation is upon their parents or beis din. They are required to bring them to hak’hel.)

The Torah clearly states that the purpose of this mitzvah is to strengthen our emunah in Hashem. Hearing the words of the Torah read at the Beis Hamikdash spiritually uplifts everyone.

Does this mitzvah nowadays? The mitzvah calls for the king to read the Torah, and we don’t have a king nowadays. However, the Minchas Chinuch writes that presumably the Torah was not particular that a king specifically read from the Torah; rather a gadol hador can read from it as well.

Rav Saadya Gaon lists the mitzvah of hak’hel as two separate mitzvos. He lists it in the section of mitzvos incumbent on individuals to perform and again in the section of mitzvos incumbent on the public to perform. Rav Yeruchem Fishel Perlow in his comments to Rav Saadya Gaon’s Sefer Hamitzvos (in the section of 65 Parshiyos that are incumbent on the public, parsha 10) writes that the reason Rav Saadya Gaon lists this mitzvah twice is because one mitzvah calls on the king to read the Torah and another calls on klal Yisrael to assemble to hear the Torah. He writes that the mitzvah for klal Yisrael to assemble always applies – whether there is a king or not. He argues that one of the ziknei Yisrael can read from the Torah because the mitzvah on klal Yisrael is to assemble in the Beis Hamikdash and hear the words of the Torah, regardless of who reads it.

Another point to consider is whether the mitzvah requires the Torah to be read specifically in the Ezras Nashim of the Beis Hamikdash or not. The Minchas Chinuch writes that although it seems that gathering in the Beis Hamikdash is necessary, perhaps the mitzvah can be performed anywhere in Yerushalayim. Ultimately, he leaves the matter unresolved.

Apparently, the Bach believes that reading the Torah at hak’hel differs from reading the Torah during the year. The Rambam (Hilchos Chagiga 3:6) writes that “geirim [at the reading of hak’hel] who are not familiar must concentrate and listen with fear, awe and trepidation, just as it was at Har Sinai…they should consider this [event] as if they are now accepting the Torah from Hashem, for the king is the messenger of Hashem.”

Based on these words, we can suggest that the Torah reading at hak’hel is indeed different from krias haTorah throughout the year.

May we all be zocheh to fulfill this mitzvah with all its pratim this year in the Beis Hamikdash. Amen. 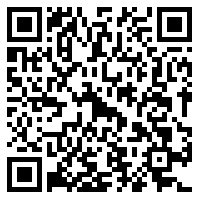