In this week’s Parshah, Re’eh, the Torah commands us that if we want to eat meat we must first shecht the animal. This command came as klal Yisrael were about to enter Eretz Yisrael. Hashem said that when klal Yisrael enters Eretz Yisrael they will have wide boundaries and it will not be very convenient to always come to the Beis Hamikdash every time one wants to eat meat. Therefore if one wants to eat meat he may shecht an animal any place that he wishes, outside the Beis Hamikdash.

The Gemara in Chullin 17a asks: According to Rabbi Akiva, after bnei Yisrael entered Eretz Yisrael, would one be allowed to eat the leftover steaks from an animal that one had performed nechirah on? The Gemara does not resolve the quandary, and leaves it as a teiku.

Rashi explains that this question has no halachic bearing on us today, and pertained only to that generation. In essence, Rashi says that the Gemara is only asking the question for “drosh v’kabel s’char.” This is the same phrase that the Gemara uses in explaining why the parshiyos of ben sorer u’morer; ir hanedachas; and a house with tzaraas were written in the Torah, despite the fact that they have never and will never actually occur. Drosh v’kabel schar – learn and receive reward.

The Rosh fundamentally disagrees with Rashi. He says that the Gemara would never contemplate a question that had no practical application. The Rosh therefore explains that this question can be applied to other common day applications. For example if one takes a neder upon himself not to eat a certain food beginning in a designated time, and he still has some of that food in his home when the neder begins. will he be able to continue eating those items that he had from before the neder began, or not. Alternatively, if beis din decides to forbid something such as cheese of an akum, and one has some still in his possession. The Rosh says that this would be similar to the Gemara’s question regarding the leftover steaks from an animal that had nechirah performed on it in the midbar. 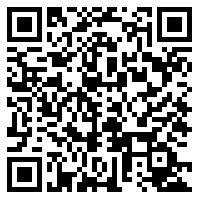