After the mabul‘s destruction, Noach left the tayva and brought a korban to Hashem. His korban gave Hashem great nachas: the pasuk tells us that Hashem smelled the desirable smell, which makes the next part of the pasuk difficult to understand: “And Hashem said in His heart: The inclinations of man have been evil since his youth” (Bereishis 8:21). Didn’t Noach just do a good deed?

To understand the connection, we need to examine the rest of the pasuk in which Hashem promises to never destroy the earth as He did. Chazal explain that Hashem’s declaration was more than a promise; it signaled a new definition of Adam.

Up until the mabul there existed a direct connection between Adam and adama, the earth. This was because of Adam’s high level. Every action of man was reflected in creation. Thus, man’s corruption was mirrored in the beasts and plant life. The purpose of the mabul was to recreate a world that had been infected with man’s evil. After the flood, that changed and the world was no longer affected in the same way by man’s actions. There would be no other mabul, because man could no longer cause one. This is one understanding of the rainbow. A rainbow is a half-circle which symbolizes the lower stature of mankind. Before the mabul, man was a circle affecting the whole world. After, man was a half circle without the ability to infect the world to the extent he had done before. That is one explanation of the inclinations of man. But how does this all connect to the korban that Noach brought?

Noach’s korban is the first to be mentioned in the Torah; Hevel’s was referred to as a mincha. The word korban, meaning “come closer,” is used here as Noach was expressing the desire to come closer to Hashem. And he could only do that by letting the word of Hashem guide him.

Mesirus nefesh is a way of demonstrating that nothing is more important than following Hashem’s will. This is what Noach was showing us – as every korban brought acknowledges this belief since the animal being sacrificed is nothing more than a substitute for man. This is the wonderful smell that Hashem “smelled,” the understanding that from here on man is defined by how closely he follows the ratzon of Hashem. 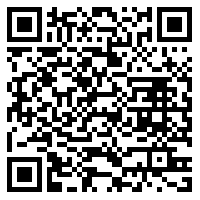