The Gemara in Berachos 26b brings a dispute regarding the origin of our obligation to daven.

Rabi Yosi ben Rabi Chanina says that the avos where mEsaken the tefillos. The Gemara quotes a braisa that supports this view and cites a pasuk from which we derive that Avraham was mesaken Shacharis, and a pasuk in this week’s parsha that Yitzchak was mesaken Minchah, and another that Yaakov was mesaken Ma’ariv. Rabi Yehoshua ben Levi disagrees, saying that tefillah was instituted to correspond to the korbanos.

On the Tukachinsky Calendar, it says that when erev Pesach falls out on erev Shabbos, it is optimal to daven Minchah from six and one half hours into the day. This is because on that day the tamid shel bein ha’arbayim was brought at that time.

The implication of the Shulchan Aruch (Orach Chaim 233:2) is that one may not daven Minchah before six and one half hours into the day. However, the Mishnah Berurah there cites several Acharonim that opine that if one davens from chatzos (six hours into the day) he has fulfilled his obligation. This is because the tamid shel bein ha’arbayim was permitted to be brought from chatzos. Perhaps the Shulchn Aruch is following the opinion of the Rambam that it is not sufficient that a korban could have been brought at that time, rather the korban had to actually have been brought at that time. Since the tamid shel bein ha’arbayim was never brought before six and one hours we may not daven Minchah then. 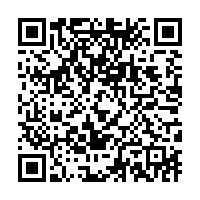