The yahrzeit of Rebbetzin Chaya Mushka Schneerson (1901-1988), wife of the Lubavitcher Rebbe (and daughter of the Rebbe Rayatz), is on the 22nd of Shevat.

The Rebbetzin always conducted herself regally, yet utterly without pretension, staying inconspicuously in the background with true humility and modesty. One small example: When she made a phone call – even to the grocery store – she would give her name as “Schneerson,” with no title, sometimes adding just “of President Street.”


On the other hand, her warm consideration for others was remarkable as she went out of her way to make everyone she encountered feel comfortable and at ease.

As a result of her effort to remain unobtrusive, she was hardly known among the Rebbe’s followers, which is amazing considering the central role of her husband, the Rebbe, in world Jewry. Only a small circle of relatives and very close friends came to know her a little. Only after her passing did many stories come to light that reveal some of the depth of her unique personality.

In the Rebbetzin’s later years, the Rebbe wanted her to be driven wherever she had to go, and a regular driver was commissioned. She once asked to be taken to buy thermos flasks and bought three. She then cooked a large pot of chicken soup. She served some of it to the Rebbe for supper and afterwards filled a thermos with hot soup and asked to be driven to Cornell Medical Center in Manhattan.

Once there, she asked the driver to wait in the car while she took the thermos inside. After some time, she returned without the thermos. The next day she filled a second thermos with hot soup and asked to be driven back. Again she went inside the hospital and this time returned with an empty thermos. These visits continued for several days.

On Friday, the Rebbetzin said she was unable to go that day and asked the driver to go instead and gave him the room number and the patient’s name. She filled two thermoses, one for Friday and the other for Shabbos and asked for the previous day’s empty thermos to be returned.

When the patient, a woman unfamiliar to the driver, saw the thermoses, she happily realized they had been sent by her benefactor. The driver announced, “Rebbetzin Schneerson, who visited you the past few days, cannot come today and has sent me to bring you the soup.”

The woman looked amazed. “What! The lady who visited me was the Lubavitcher Rebbe’s wife? If I had known, I would have given her much more respect. You can’t imagine how much she has helped me. Especially when I have the hot soup, it makes my strength return, and I feel stronger every day!”

On Sunday, the Rebbetzin asked to be driven back, as usual taking a full thermos of hot soup. But this time she soon returned to the car, looking somewhat upset. After sitting down, she asked, “Did I ask you to tell the patient who I am?”

The driver begged the Rebbetzin’s forgiveness, explaining that he assumed the patient was aware of her identity.

“No, she didn’t know who I am,” said the Rebbetzin, “and now, unfortunately, it will be much harder for me to help her.” Clearly, she found the patient’s new deferential attitude towards her excessive and irksome, and therefore felt compelled to seek someone else to continue helping her.

Later the driver found out that the patient was a lonely, childless Holocaust survivor who had never managed to rehabilitate her life after the war. She was devastated by the fact that no one came to visit her in the hospital or expressed interest in how she was doing.

Somehow the Rebbetzin had found out about her and made it her duty to care for her, preparing hot nutritious soup and visiting her daily to give her the personal attention she needed to help ease her path to recovery.

This is just one of a number of stories discovered after the Rebbetzin’s passing that reveal her quiet manner of helping others without attracting attention to herself. May we learn to emulate her holy example. And may her memory be blessed. 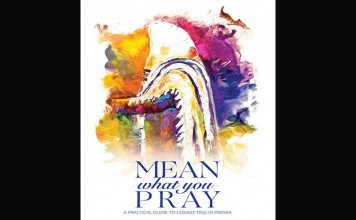 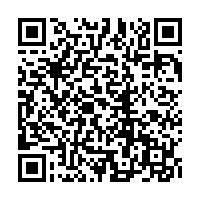