The Mitteler Rebbe didn’t write any major Talmudic work even though he was a great Talmudic scholar. He did, however, consolidate the Chabad movement and published many of its fundamental works in his 15 years of his leadership (the shortest reign of any Chabad Rebbe).

He was appointed by his father to guide the younger chassidim and transcribed many of his father’s profound discourses, adding explanation. After his father passed away deep in Russia (where he had fled from Napoleon in 1812), Rabbi Dov Ber became Rebbe and settled in Lubavitch, which became Chabad’s “capital” for over a century (until 1915).

To alleviate Jewish poverty, the Mitteler Rebbe petitioned Russia’s government for land in the Kherson province in Ukraine where he established Jewish agricultural settlements. He also established the first Ashkenazi community in Chevron by directing his chassidim in Eretz Yisrael to settle there.

The Mitteler Rebbe’s deepest desire was to disseminate Chassidus. He explained that his father formulated Chabad’s profound philosophy to teach the elements of true belief in G-d. Meditating on them enables us to fulfill the key mitzvos of awe and love of G-d, which inspire us, in turn, to fulfill the Torah’s positive and negative commandments. The Mitteler Rebbe’s most fervent hope was for two Jews meeting in the street to discuss the deepest divine concepts!

Immediately upon becoming Rebbe, he embarked upon the most ambitious chassidic publication program until recent times. Months after settling in Lubavitch, he published a new edition of Tanya, the Alter Rebbe’s magnum opus, adding two new sections to it, which contained many of the Alter Rebbe’s pastoral letters and some of his profound explanations of kabbalistic concepts.

He also arranged for the publication of his father’s Shulchan Aruch. Although the original manuscript was burnt in a fire, most sections had been copied by disciples and were now edited for publication, with two volumes appearing in 1814 and two more in 1816.

In 1803, the Alter Rebbe had published the first chassidic siddur based on works of the Arizal and 60 previous siddur texts. In 1816, the Mitteler Rebbe re-issued this siddur, accompanied by well over 100 of his father’s discourses on siddur passages or the spiritual content of various yamim tovim (the explanations appearing alongside the prayers). Later that year, he published Biurei HaZohar, his father’s discourses on many Zohar passages.

He followed that by publishing his own chassidic works based on his father’s discourses, which he expounded at great length, breadth, and depth. In 1817-1819, he published his trilogy on teshuvah – two volumes of Shaarei Teshuva and a third volume entitled Derech Chayim. Ner Mitzvah V’Torah Or appeared in 1820, a double work comprising Shaar Ha’emuna, on belief in G-d based on the miracles of Pesach, and Shaar Hayichud, a detailed guide to the chain of Divine revelation in creating the world.

In 1821, he published Imrei Bina, an exceptionally profound work based on the mitzvos of Shema, tzitzis, and tefillin, as well Ateres Rosh on Rosh Hashanah, Yom Kippur, and the Ten Days of Teshuvah. Shaarei Ora, on Chanuka and Purim, appeared in 1822.

In 1826, he published the first volume of Toras Chayim, including discourses on the first half of Bereishis, greatly expanding on his father’s discourses. Further volumes and more works by him were published after his passing.

To this day, we study the many profound works the Mitteler Rebbe published within the short span of 15 years, and commemorate his holy memory on the 9th and 10th days of Kislev. 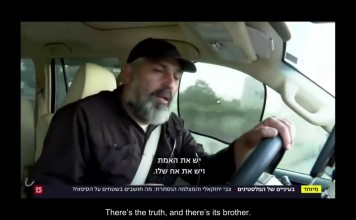