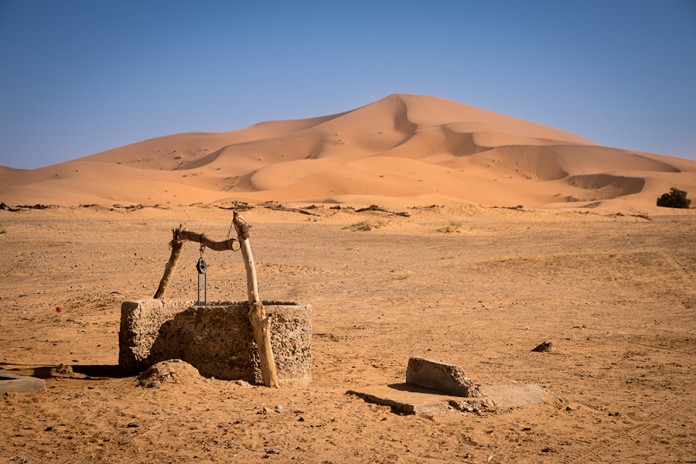 “Who fed you mahn in the desert, which your forefathers did not know ….” (Devarim 8:16)

Traveling through the desert is certainly a difficult odyssey, hot during the day and cold at night, a terrain inhabited by snakes and scorpions, with no food or water. Our forefathers, though, were shepherded, tended to and guarded by Hashem throughout their travels in the desert. Every want and necessity were provided for.

The Well of Miriam, which accompanied them, supplied them with an abundance of water. The leader of the tribe could scrape the sand with his stick and water would spring forth, and the water was so bountiful that one would use a boat to cross it.

Their food descended from heaven, with enough provided for every individual. The mahn could taste like any food imaginable, and a fragrant aroma of spices filled the air. It was known as the “bread of angels,” a significant designation in itself. The mahn was also delivered in a unique manner, according to the spiritual level of the individual, and as such the righteous would find it at their doorstep.

The seven Clouds of Glory that surrounded the Jewish nation ensured shade, comfortable air temperature and illumination, and cleansed their clothing. The clothing and shoes never wore out and grew with those who wore them.

The blessing of childbirth descended from heaven and there was an increased birth rate among the population.

This description most aptly illustrates the verse (Tehillim 55:23), “Cast your burden upon Hashem, and He will sustain you.” Every aspect of our life, including our sustenance, is provided by Hashem. We are obligated to make the effort, but we must have the faith to acknowledge that our efforts can only be actualized by Hashem. Sometimes, despite all one’s efforts, one finds to his chagrin that he is not successful.

There are three considerations to contemplate why the person met with failure. One possibility is that a major component of his effort – emunah – was deficient. The great mashgiach, HaRav Yechezkel Levenstein, states that the essential element of service of Hashem is emunah – to go beyond what the eyes can see. Indeed, one has to exert appropriate effort to earn a livelihood, but he should know that whatever he achieves has already been decreed from Heaven. All understand that one’s continued existence is conditional on the will of Hashem. One must believe, likewise, that his livelihood is not contingent on his personal abilities and strength but on Hashem’s judgment. If one has assimilated that level of faith and trust in Hashem, he will succeed in bringing blessing into his life. True emunah is when a person lives by the principle of “cast your burden upon Hashem, and He will sustain you.”

A second concern is that there is an impediment that is preventing the realization of the blessing. One must examine his deeds to see what is restricting the bracha. The third possibility is that Divine Providence has determined that this is best for the individual. There are times when that which the person desires may not be best for him, and Hashem in His loving-kindness does not allow him to achieve it.

The Power of Faith

Rav Dov Schwartz relates the incident of a young man who became involved in real estate after he married. A wealthy individual from the community contacted him to find a building for him that housed 150 families. He promised the young man $150,000 if he would succeed. The entrepreneur devoted all his energy and time to this search and after a while he found a building that met all the businessman’s demands. When the young man asked for his payment, though, the wealthy man denied any agreement to pay him at all.

The young man was understandably quite upset. He had worked many months, spending day and night involved in this project.

A week later he confided in his friend who suggested that he should take the businessman to a din Torah.

“Who would believe me?” said the young man. “I have nothing written on paper. It would be my word against the testimony of this wealthy individual who gives a lot of tzedakah and is very well-known in the community.”

“Perhaps you should speak to the mashgiach, then,” suggested the friend.

The mashgiach advised the young man that he could take the individual to a din Torah. However, alternatively, if he strengthened his emunah and bitachon, then if it was so destined, Hashem could give him the money from another source and he could sincerely forgive the wealthy man. “If you try this,” promised the mashgiach, “Hashem will give you even more.”

The young entrepreneur was doubtful. To be quiet and forgive? That’s what he should do? “What would the rebbi do in this situation?” he asked. The mashgiach answered that in truth he personally had never experienced such a situation. However, he would diligently study the Sefer Chovos HaLevavos (Duties of the Heart) and remain steadfast in his emunah.

When the friend of the entrepreneur called weeks later to follow up on their conversation, the young man related his conversation with the mashgiach and said he had since forgotten about the entire matter.

Two days later the young man called his friend and said, “You will not believe what happened! After we spoke, I went to daven maariv and someone approached me that he needed a building similar to the one that I had found for the wealthy man. I took his number and said I would see what I could do. The very next day I found exactly what the man was looking for. I prayed to Hashem that He should not test me again and then called the man with the information. Both the buyer and seller paid me, and I made twice as much as I would have originally made.”

That is the power of placing one’s trust in Hashem. 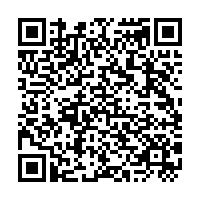