In the Tochecha in Bechukosai, Moshe was given the Brachos U’klalos as the representative, as well as a member, of Knesses Yisrael. Moshe’s role was that of a messenger, to transmit the message from Hashem to Bnei Yisrael. Hence the plural form is used to include all of Bnei Yisrael, including himself. In Parshas Ki Tavo, Hashem wanted Moshe to speak to the people in his own name and warn them of the consequences of their actions if they do not follow the Torah. However, in both Bechukosai and Ki Tavo, the Brachos U’klalos were determined and ordained by Hashem.

There were two parties involved in the covenant in Parshas Bechukosai: Hashem and Knesses Yisrael, and there is one messenger who is also a member of the second party: Moshe. In the covenant of Parshas Ki Tavo, the role of Moshe changed. That covenant was established with each individual of Bnei Yisrael. For example it says “V’hayisa meshuga” (and you will become depraved) in singular form. Hashem wanted Moshe to be the mashbia, the one who administers the oath, to Bnei Yisrael. In Parshas Ki Tavo, there were three parties involved in the covenant: Hashem, Moshe and Knesses Yisrael.

Why was Moshe’s role different in each of the sets of Brachos and Klalos? The first Tochecha was given by Hashem to Moshe prior to the breaking of the first Luchos Habris. In Parshas Mishpatim, Moshe sprinkled blood on the people and said that Hashem made a covenant with Bnei Yisrael on all these things, “Al kal hadevarim ha’ayleh.” This covenant included the reading of the Brachos U’klalos from Parshas Bechukosai. According to Rashi, this ceremony took place right before Bnei Yisrael received the Torah at Sinai, on the fourth day of Sivan. That is why we read Parshas Bechukosai prior to Shavuos, as its contents were part of the covenant that Hashem made with Knesses Yisrael at Sinai. The second set of Brachos and Klalos was given after the breaking of the first set of Luchos and the receipt of the second Luchos, in fact 38 years later in Arvos Moav. What changed in this time? 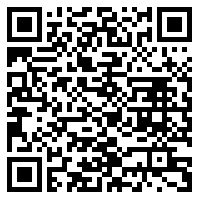