In this week’s parshah the Torah details all the begadim that the kohanim were to wear. Several garments were comprised of wool and linen materials. Although generally such a garment would be prohibited to wear, it was permitted for the kohanim to don these garments.

The Raavad there disagrees and posits that a kohen may wear his garments at any time provided that he remains in the Mikdash.

The Chasam Sofer answers that one of only prohibited from wearing a garment that contains shatnez if he does so while wearing the garment for pleasure purposes. For example one may try on a garment for size, even if it contains shatnez. A kohen wears his garments as his uniform that he must wear when serving in the Beis Hamikdash. He is not wearing them for any benefit. Therefore when the Rambam said that a kohen who wears his garments while he is not performing the avoda he will receive lashes was referring to wearing them when he is not acting in any way for any service of the Beis Hamikdash. However, if a kohen is sacrificing a korban, even if the korban is rendered invalid, he is not wearing his garments for pleasure purposes. Therefore he is not transgressing the prohibition of shatnez even when he is sacrificing an invalid korban. Thus, he will be liable for reimbursing the owner for the value of the animal.

However, the Rambam’s wording implies a different understanding than the explanation of the Chasam Sofer. The Rambam writes in Hilchos Klayim (10:2) that the reason why a kohen may wear his shatnez containing begadim is because wearing them is a mitzvah. The implication of this Rambam is that wearing the garments is a mitzvah and therefore we can apply the concept of assei doche lo sassei. Therefore a kohen may wear his garments only during the avoda in the Rambam’s view because otherwise he is not fulfilling the mitzvah of wearing the garments.

Based on this we can suggest that when a kohen has the wrong intentions while sacrificing a korban, even thought it is not considered an avoda, he is nevertheless fulfilling the commandment of wearing the garments. Therefore he will not have transgressed the prohibition of shatnez since we can still apply the halacha of assei doche lo sassei. 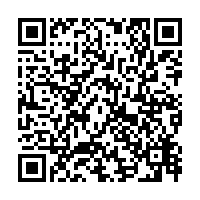