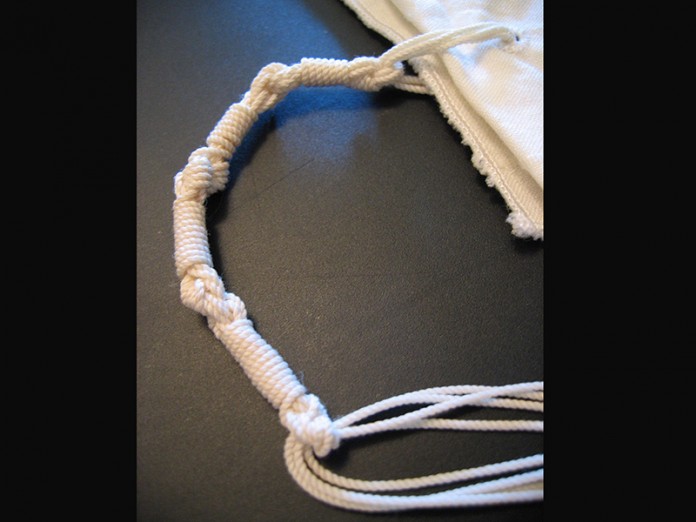 “… They shall make themselves tzitzis on the corners of their garments … and they shall place upon the tzitzis of each corner a thread of turquoise wool.” (Bamidbar 15:38)

Expounding on the intent of the mitzvah of tzitizis, our Sages say we should identify as servants of Hashem.

The Talmud (Menachos 43b) cites R’ Meir, who said that the punishment for not attaching white strings is greater than the punishment for not attaching techeles (blue strings). He compares it to a king of flesh and blood who ordered two of his servants to bring him a seal. Of one he requested a seal of clay, and of the other he requested a seal of gold. Both failed to bring the seals as requested. Who will have a greater punishment? R’ Meir says it is the one who did not bring the seal of clay.

Tosfos explains that just as a slave would have a seal on his clothing identifying him as such, the tzitzis distinguish us as servants of Hashem. When a person realizes that he is a servant of Hashem, he fulfills His mitzvos, whether he does it for love, like a faithful servant, or because he is fearful, like a servant who is not as loyal.

The Divrei Mordechai cites the Even Ezra in Bamidbar that although one prays with his tallis to fulfill the requirement in Krias Shema (“they are to make themselves tzitzis on the corners of their garments …”) there is a greater obligation to wear tzitzis throughout all the hours of the day so that one’s servitude to Hashem should be foremost in his mind and he will not sin. During the time of prayer, there is little possibility that one will transgress.

The tzitzis alert the individual and remind him that he is a servant of Hashem who would not disobey his master. The Talmud (Menachos 44a) tells of an individual who was very conscientious about the mitzvah of tzitzis. As he readied to violate a severe Torah prohibition his tzitzis slapped him in the face and he pulled back because the four corners of tzitzis appeared to him like four witnesses.

The Sifsei Tzaddik comments that when one dons his tzitzis he should appreciate the preciousness of this mitzvah and cling to them, for they have the power to save him from sin.

The Divrei Mordechai adds here that we tie the tzitzis 39 times, equivalent to the gematria (numerical value) of the words Hashem echad – Hashem is one. Thus our “seal” is now engraved with the name of our master, Hashem. This is an additional sign that we carry the name of Hashem with us, to maintain our Torah view and guard us from all sin.

Because of the great importance of this mitzvah, the Shulchan Aruch, Orach Chaim (24) states: “Great is the punishment of a person who nullifies the mitzvah of tzitzis. Of him it is said (Iyov 38:13), “To grasp the edges of the earth and shake the wicked from it.”

Why the Tzaddik Fell Ill

The great tzaddik R’ Moshe Pardo once became ill on his travels outside Eretz Yisrael. He had a severe headache, which was then followed by overall weakness in his entire body. His host called the doctor, who requested R’ Moshe open his shirt so that he could listen to his heart. When the doctor saw R’ Moshe’s tallis katan, he was very moved, as it evoked forgotten childhood memories.

“Are there still Jews who wear these garments?” he asked emotionally.

R’ Moshe was momentarily distracted from his pain as he described to the physician the splendor of Eretz Yisrael, the world of Torah, and how many were returning to their Jewish roots. He also told the doctor about Ohr HaChaim – the educational institutions he had established in Eretz Yisrael. He gently guided the physician to connect to his Jewish ancestry and gave him one of the very special pair of tefillin that he usually gifted to rich donors.

The doctor prescribed a protocol of treatment and medications for R’ Moshe’s recovery. He also promised that he would wear the tefillin every day and, at his first opportunity, would come to visit Eretz Yisrael. He expressed a strong interest in seeing the institutions that R’ Moshe Pardo had established.

R’ Moshe recovered and continued traveling, his meeting with the doctor soon forgotten.

Many years later, R’ Moshe received a phone call from an elderly man who wished to see him. When R’ Moshe Pardo welcomed the visitor he recognized the elderly physician, and immediately rose to happily welcome him.

The doctor related that he had kept his promise to R’ Moshe. He davened in shul every day and wore his tefillin, and he now wanted to support the educational institutions of R’ Moshe.

R’ Moshe gave the doctor a tour of the various buildings – the school buildings, the library, the dormitory – and the physician was overwhelmed. “I thought you were speaking of a small school, and here I see castles. I have no family, and I want you to know that I have resolved at this moment that I am a Jew. I have accrued a large amount of money over my lifetime, and I would like to leave the sum to your institutions. R’ Moshe praised the doctor’s great zechus and observed how this one gesture was one of the greatest achievements of his life.

R’ Moshe would recount that when he fell ill, he was bothered slightly because our Sages tell us (Pesachim 8a), “Those on the path to perform a mitzvah are not susceptible to harm.” How was it possible that he fell ill? When he was able to reignite the spark of Yiddishkeit within the physician he comprehended the possible reason why he had taken ill far from home. “I didn’t realize at the time that this illness would later build Torah in the world. One can never predict the results of a day’s events.” 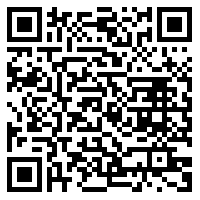