Of all the great unknowns of our world, death, life after death and what we call the afterlife remain a mystery clouded by uncertainty, different beliefs, lack of belief and limited scientific evidence. Jewish tradition on the other hand has a number of firmly held beliefs as well as extensive lore about what the afterlife is about, what rules apply and some insights about what the experience entails. Not surprisingly, we glean some of that inside information from tidbits Moses left for us in the Bible.
On his last day on Earth, Moses addresses the assembled nation of Israel as they sit on the Plains of Moab, staring across the Jordan River at the Land of Canaan, The Promised Land. Moses quotes God and declares:
“This is the land that I promised to Abraham, Isaac and Jacob, to say, to your progeny I will bequeath it.”
Rabbeinu Bechaye on Deuteronomy 34:4 (Vezot Habrachah) reads from this verse references and hints as to how things are in the afterlife. When Moses quotes God above and adds the seemingly superfluous words of “to say,” Rabbeinu Bechaye, quoting the Talmud, states that God was instructing Moses that when he’s dead at the end of that day, he should directly tell the Patriarchs, Abraham, Isaac and Jacob, that God fulfilled His promises. This implies that in the afterlife, Moses would be meeting the Patriarchs and be able to talk with them.
However, the Talmud continues to explain that the dead are aware of not only what’s going on and have interactions in the afterlife, but that they’re also aware and even involved in some measure in the occurrences back on Earth in the material dimension. If that’s the case, then why does God instruct Moses to inform the Patriarchs about what they already know?
The Talmud answers that the Patriarchs do indeed know what’s going on and that Moses wasn’t informing them of anything they didn’t know when he conveyed God’s message. However, God wanted Moses to be in the Patriarch’s good grace as the agent and as a messenger of the good tidings of the final fulfillment of God’s promise of centuries before.
It is comforting to know that included in the many aspects of Jewish belief about the afterlife, we’ll be able to hangout with our spiritual kin as well as stay up-to-date about what’s going on with our people and our loved ones in the mortal world.
Shabbat Shalom and Chag Sameach
Advertisement 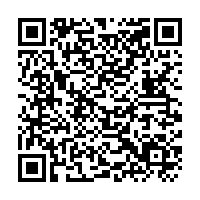