This is the excellent foppery of the world: that when we are sick in fortune — often the surfeits of our own behavior — we make guilty of our disasters the sun, the moon, and stars, as if we were villains on necessity, fools by heavenly compulsion, knaves, thieves, and treachers by spherical predominance, drunkards, liars, and adulterers by an enforced obedience of planetary influence. An admirable evasion of whoremaster man, to lay his goatish disposition on the charge of a star! -William Shakespeare (King Lear: Act 1, Scene 2)
Jewish tradition looks negatively at astrology and those who follow horoscopes. Judaism typically views adherents of modern astrology as somewhere on the spectrum between idolatry, superstition and simple foolishness. We are meant to have a simple faith in God, to believe in our free will, to choose wisely, to make our best efforts in all we do and ultimately attribute the circumstances of our lives to God and not to His intermediaries.
However, both the Midrash and the Talmud carry a slightly more nuanced story of the power of astrology (though it’s believed that the insights of true astrology have been long lost). The Midrash recounts how Abraham was a master astrologer and read in the stars that he would remain childless. God chides him, tells him to look beyond the stars, renames him (from Abram to Abraham) and tells him that not only will he have a child but that he will be the father of a multitude of nations.
Based on this episode, the Talmud explains that the people of Israel are impervious to horoscopes, that we are beyond the laws and effects of astrology. Our free will is such that we are unbound by mundane, predictable predestination. Our destiny is so open and free that even the mighty stars and constellations have no effect on our future.
The Meshech Chochma however, fine-tunes such thinking. He explains that the Talmudic dictum is true, that the people of Israel have direct divine providence that is independent of astrological influences. However, that is only true for the entirety of the people of Israel and not necessarily for an individual Jew. A Jew, in theory, could be subject to astrological forces.
But there is an exception to that exception. Any Jew who serves the Jewish people or is needed by the Jewish people has the same inoculation, the same immunity to any arbitrary astrological influence as does the entirety of the Jewish people. A Jew who is so identified with the Jewish community, who is a resource to his brethren, has a much more direct divine influence, without any intermediary stellar intervention.
May we keep our direct divine connections.
Shabbat Shalom
Advertisement 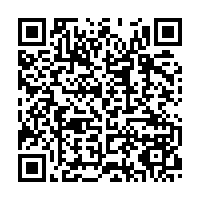