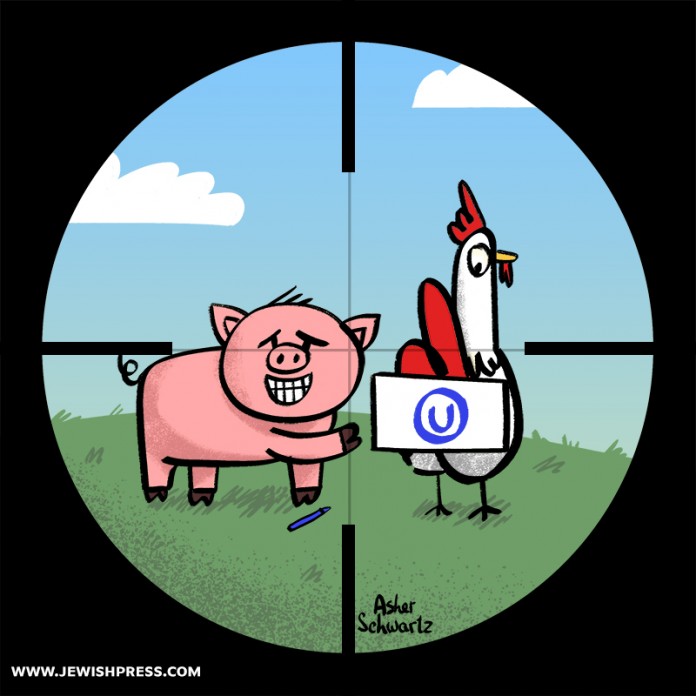 The Torah provides a substantial amount of detail regarding the laws of what animals we’re allowed to eat as well as those we are commanded to stay far away from. No insects or shellfish are allowed. The only seafood we’re allowed is those fish that have scales and fins.

The Torah also gives a long list of all the birds we’re not allowed to eat. The number of kosher birds we can partake of is relatively limited and are exclusively non-predatory.


In the mammal category, there is the general guideline of only being allowed to eat animals who both chew their cud and have split hooves. Beyond that general guideline, the Torah also specifies mammals who have one or the other of those attributes which are not kosher. Having split hooves or chewing its cud is not enough; the animal is only kosher if it has both attributes. The prime and notorious example of a non-kosher mammal is the pig, which even though it has split hooves, it doesn’t chew its cud.

The verse immediately after the one that singles out the pig and its other non-kosher mammal friends states that not only should you not eat these animals, but you shouldn’t even touch their carcass.

The Bechor Shor on the verse (Leviticus 11:8) wonders about the seeming redundancy. If you’re not allowed to even touch the dead meat, then how would one come to eat it?

He explains that while the prohibition regarding non-kosher food is quite strict, the statement regarding not touching the non-kosher item is just some good advice and not a legal obligation according to Jewish law.

He elaborates that there is something intrinsically filthy and disgusting about non-kosher food that even touching it could somehow contaminate us. It possesses an impurity and foulness that can somehow be conveyed not only into our bodies but to our very souls. However, if one were to find a dead carcass of non-kosher meat in one’s home, one would be obliged to remove it, even though it would entail touching it. The slight contact with the contaminating food in order to remove it is justified in comparison to keeping the putrid item in your home.

May we always remain far away from items that may contaminate us and only partake of clean, healthful food.

Dedication: To the opening up of venues in general, and Yeshiva in particular.