A Zen koan goes as follows:

Two monks are preparing to wade across a river. Suddenly, a beautiful woman appears and asks to be carried across. One of the monks immediately agrees and carries her as they wade across. He puts her down, and the monks continue on their journey.
After a while the second monk asks: “Are you sure you should have done that?” The first monk replies: “I put her down when we were safely across; are you still carrying her?”


Meshekh Chokhmah to Devarim 29:15 cites a mashal which put me in mind of this koan:
A man walked in the city with his son near a brothel.
His son stood and gazed at the brothel.
Afterward the father left the son alone, saying to him: “My son – you must not sin and stumble via the brothel that you passed”.

Meshekh Chokhmah argues ingeniously that the verb avar means “transgressed” with reference to the general people”, but “passed through” with reference to the elite. Thus WE passed through, but YOU transgressed:
Moshe indicated to the Jews: ‘You have passed near nations with disgusting practices’ – because the Jews had stumbled in Sheeteem, and were trapped in their net, and sacrificed to their idols and relieved themselves to honor Baal Peor. But it would be inappropriate to relate this of Mosheh and the other exalted people; rather the word “avar” is used here homonymously.‘

But the morals of the stories seem to differ. In the koan, the man who calls cautionary attention to the experience projects his obsession onto his friend: How could you have done that!? His friend points out that the inquisitor is far more obsessed than the inquisitee. If the mashal exactly paralleled the koan, then the father’s mind would still be on a temptation that the son had long since forgotten, or never noticed. The father would be responding to the snake in his own Eden. But this is not the case, as the text describes only the son as gazing intently at the brothel.

Yet we are entitled to wonder: Why did the father lead them past the brothel in the first place? Why is he leaving the son to face the temptation alone? Why does he say that you passed, rather than that we passed?

The verb avar was also used in verse 11. There we are told that Moshe has gathered the Jews “l’avrikha bivrit Hashem Elokekha”, “so that you will pass through into the covenant of Hashem your G-d”, as Avraham entered into the Covenant Between the Pieces by passing through the pieces of his sacrifices. Is this use of avar meaningfully connected to our verse?

I suggest that Mosheh does not make an absolute distinction between himself and the people. Rather, he acknowledges some responsibility for having brought the Jews near the ‘brothel’. In other words, the two uses of avar in our verse are not entirely homonymous. Shepherds are not ultimately responsible for the choices their flocks make. But they can be responsible for the choices their flocks face. The word avar is used about both WE and YOU in order to acknowledge that the elite cannot properly see themselves as entirely separate from the rest of the community.

In verses 10-11, Mosheh calls the entire community to pass through into the covenant. He emphasizes that the elite cannot form a separate society – where the watercarriers are avar, the elite are avar as well. If one group transgresses rather than merely passing through, everyone else transgresses as well.

Now modernity has an often pejorative term for the attempt to regulate the choices other people face – ‘paternalism’. And Judaism understands well that character development requires the experience of making difficult choices.

On the other hand, “do not place a stumbling block before the blind” halakhically prohibits placing others in the way of temptation.

Differing intuitions about how to balance these imperatives may lie at the heart of some key divisions within contemporary Orthodoxy.

My bias is generally toward the expansion of autonomy. But I and we should make certain that a pro-autonomy stance does not degenerate into an abdication of areivut, of the universal Jewish responsibility for each other’s ethical, moral and religious condition. 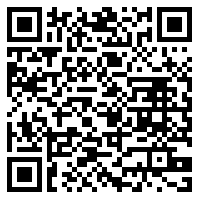