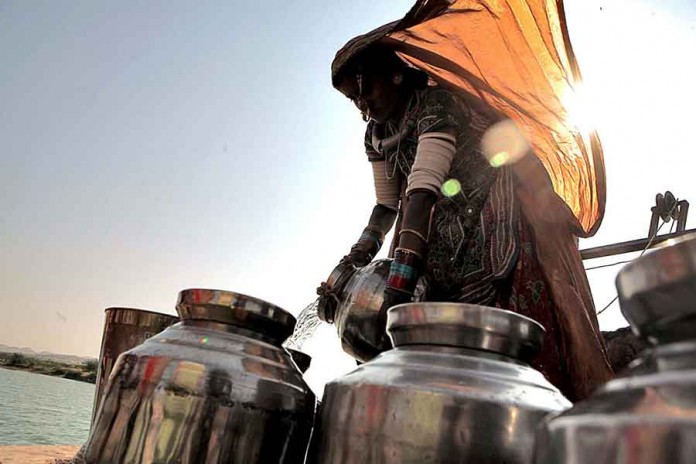 “The servant [Eliezer] ran towards her [Rivka] and said: Let me sip, if you please, a little water from your jug.” (Bereishis 24:17)


Sent to Charan to find a wife for Yitzchak, Eliezer encounters Rivka at the well. Rashi comments on this pasuk that Eliezer saw that the waters of the well had miraculously risen towards her (and she did not have to draw the water herself).

The well-known question arises: Once Eliezer witnessed this amazing miracle, why wasn’t that sufficient to understand that his prayers had been answered, and Rivka was a suitable wife for Yitzchak? After all, we learn (Shabbos 32a) that a meritorious act is brought about through a meritorious person. Why did Eliezer have to proceed with his predetermined requirement, and specifically ask her for a drink?

The Brisker Rav cites the Bais Aharon of Karlin who explains that the home of Avraham Avinu was established on chesed. Since that was the foundation of his home, only a woman whose being was suffused with the characteristic of chesed would be a suitable wife for Yitzchak, and that was not a quality that could be discerned with a miracle.

Moreover, Eliezer was seeking a woman with the middah of unconditional chesed that included mesiras nefesh. In expounding on the pasuk in Vayeira (18:1) that Hashem appeared to Avraham in the heat of the day, our Sages tell us (Bava Metzia 86b) that it was the third day after Avraham Avinu’s bris milah, and Hashem removed the sun from its sheath, i.e. it was extraordinarily hot, so that Avraham should not be bothered with guests.

But Avraham longed to have guests, so he sent out his servant Eliezer to see if there were any passersby. Eliezer said there were none, and Avraham did not believe him, so he went out himself. There he saw Hashem standing at the entrance to his tent. Here was a 99-year-old man in a weakened state, experiencing the height of the pain of the bris milah on the third day, amid a heat wave, yet he was fiercely determined to do chesed for a wayfarer. It was this standard of chesed, performed with mesiras nefesh, that Eliezer set as a criterion for the wife of Yitzchak.

Chesed is the bedrock of the world, as it says (Tehillim 89:3), “The world is built on kindness.” One who does chesed is not only performing a mitzvah but he is helping to build the world. Additionally, man’s act of kindness in and of itself can awaken Divine compassion and ward off Divine retribution (Sanhedrin 103b). It is noted that when HaGaon R’ Aharon Leib Shteinman was asked by a petitioner how he could merit a refuah shleimah, it was suggested that he should do the chesed of hachnosas orchim, inviting a poor person into his home or paying for his food. Avraham Avinu, too, sought to access this opportunity for healing from his bris milah.

The great R’ Aryeh Levine used to visit the hospitals and wish every person a refuah shleimah. Once, when he came to the Bikur Cholim Hospital, he found that one of the staff members, a well-known tzaddik, R’ Yosef, was very sick. R’ Aryeh sat down near him and tried to speak to him. Suddenly the patient lost consciousness. R’ Aryeh called the doctor and staff to revive the patient. They worked for over two hours until R’ Yosef was stabilized.

R’ Aryeh, who had remained nearby the entire time, asked R’ Yosef what had happened.

The tzaddik recounted how he had been brought before the Heavenly Court. Hundreds and thousands of angels dressed in white appeared before the Court and said that they had been created from the different mitzvos the tzaddik had done. Afterwards, angels who had been created from his aveiros came in, dressed in black. One said the tzaddik hadn’t prayed properly, one said he had eaten something that was prohibited when he was a child, and other such transgressions were cited.

When the aveiros for which he hadn’t done teshuvah were tallied, his merits and transgressions were equal. As his verdict was debated, one of the prominent rabbis in Yerushalayim who had been on the vaad of the Bikur Cholim/Chevra Kadisha and had passed away some years ago, entered.

Upon his entrance, all the judges rose in his honor, and asked why he had come. He explained that he had heard that they were judging R’ Yosef, whom he knew very well, because R’ Yosef had been one of the people on the staff when he himself had been head of the committee. He now wanted to testify on behalf of R’ Yosef that he was a very truthful and honest person.

It was decided that since his rov had spoken so highly of him they would allow him to go back to the world to correct his wrongdoings.

R’ Yosef wandered over mountains and through valleys trying to find his way back to the world when he heard a voice call out to him, “R’ Yosef!” He saw a man sitting on one of the mountains; the man asked R’ Yosef if he remembered him.

R’ Yosef responded that he didn’t remember him.

The man reminded R’ Yosef that he had lived in the city where R’ Yosef lived as a young boy. Every Shabbos, the people of the town would invite guests, but no one wanted to invite this man because they thought that he ate too much. He therefore had nowhere to eat.

Once, R’ Yosef and his father were the last two people to leave shul, and R’ Yosef pleaded with his father to bring the man home. At first, his father was reluctant, but finally, he agreed and that Shabbos the man ate at their home. When he left on Motzoei Shabbos, the man had told R’ Yosef that one day he would repay him for his kindness. But they never met again, and the man had been unable to repay him.

Now he sees R’ Yosef wandering, and he wanted to know what he could do for him.

R’ Yosef explained that he was trying to get back to this world and was unable to find the way.

The man showed him the way, R’ Yosef concluded, and here he was, back in his hospital bed.