The story of Joseph’s rise to power is striking. Each facet of Joseph’s life was a preparation for his grand career as one of Israel’s foremost leaders. In this episode, Rabbi Avigdor Miller, zt”l, found Hashem’s providence to be strikingly evident and saw in each incident of his life the future benefit for Israel.

“And they bowed down to my sheaf” (37:7). It is noteworthy that the element of power is so prominent. Joseph dreamed the brothers would bow down to him, and they said “Shall you rule over us?” Pharaoh said to Joseph: “Without you, no man shall raise up his hand or his foot in all the land of Egypt” (41:44). The brothers came “and fell down before him, and they said: Behold, we are slaves to you” (50:18).


But Joseph’s extraordinary power was intended for a very great purpose: “And G-d sent me to make for you a posterity in the earth and to cause life to you for a great deliverance” (45:7). “G-d intended it for good, in order… to keep alive a numerous people” (50:20).

These words do not refer merely to the deliverance from famine. There was another deliverance Joseph achieved by his exceptionally great power – the deliverance from being lost in Egypt. This family was destined to sojourn in Egypt for a period of 210 years, during which time they were expected to continue in the ways of their fathers. A little group of shepherds, in a powerful and affluent society like Egypt, could not maintain its identity and survive. But Joseph, who was feared by all of Egypt, utilized his absolute power to guard his family from assimilation.

He said: “When Pharaoh will call you” and will offer you high office, “You should say: Your servants were livestock men from our youth… in order that you dwell in the land of Goshen.”  Joseph, whose motto was “I fear G-d” (42:18), was the influence that caused the family to maintain their names, their language, and even their garb. Under the 71 years of his strict surveillance, the sons of Israel began to develop from a small group into a nation, and the reason the nation clung so loyally to their fathers’ G-d and to their fathers’ ways was the supreme power wielded by Joseph.

Joseph was in all respects a real king over the house of Israel for 71 years, longer than any other ruler in Israel’s history. Joseph ruled with more authority than any subsequent ruler, and with even more authority than Moshe or David. Pharaoh gave to Joseph the power that “without you no man may lift up his hand or his foot in all the land of Egypt” (41:44). No one dared to quarrel or even to complain, which was not the case in the period under Moshe’s control.

In Joseph’s time the Israelites “were exceedingly fruitful and they multiplied” (47:27), and the nation came into being during his long period as a virtual king and an absolute ruler over them. It was Hashem’s plan that the righteous Joseph should wield absolute power for the longest reign in history, in order to prepare the newly developing nation for the great climax of the receiving of the Torah at Sinai. Joseph was extremely resourceful and capable in everything, as his career demonstrated. When he related these dreams, his brothers saw his firm faith in these dreams, and they greatly feared the consequences of an ambitious and capable younger brother who would attempt to make the dreams come true.

This power was the dream G-d sent when he was 17, for he was then being readied for his future career as the guardian of the family “for a great deliverance” in order “to keep alive a numerous people” that would develop. It was an essential part of Hashem’s plan that Joseph should dream these dreams. Because later, when Joseph became the ruler over all of Egypt and his brothers came to dwell in Egypt, they were not able to deceive themselves into believing Joseph had gained power by chance or by his prowess.

At that time they remembered Joseph’s dreams and were therefore convinced he’d been chosen by Hashem; they therefore willingly yielded to his authority and allowed him to supervise and to manage the family. In this manner, the new nation gained the maximum benefit from Joseph’s tutelage.

Compiled for The Jewish Press by the Rabbi Avigdor Miller Simchas Hachaim Foundation, a project of Yeshiva Gedolah Bais Yisroel, which Rabbi Miller founded and authorized to disseminate his work. Subscribe to the Foundation’s free e-mail newsletters on marriage, personal growth, and more at www.SimchasHachaim.com. 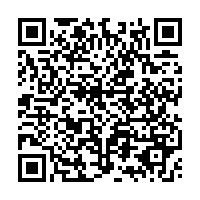