Israelis love to travel, and after being an Israeli for some 38 years, we, too, have learned to love traveling. My wife, Barbara, and I recently decided to take a six-week trip with my brother, Avi, and his wife, Martha, across the United States. We loaded up their van in Florida and took off for California.

I did the planning while we were still in Israel via the AAA Internet site. This site not only provides detailed maps but also lists and describes the many attractions along our route. You can plan your route, receive suggestions for alternate roads, map out the sites you want to visit and determine mileage and time estimates (which turned out to be fairly accurate). The Internet also enabled me to find almost all of the Jewish communities in our path and to contact them to ask about the available facilities in each community.

There is a great deal of planning required when Orthodox Jews wish to travel for several weeks on the road. Kosher food was a major requirement, as was home hospitality for Shabbat. We carried prepackaged meals with us, but whenever we could get a good kosher meal in a kosher restaurant (no matter what the cost), we celebrated. Not too many communities had regular daily minyanim, but when we could, we joined them.

One of the nicest parts of the trip was visiting Jewish communities across America. I contacted each community we planned to visit and offered to meet the community and speak about Israel, usually in return for home hospitality. When we contacted a non-Orthodox community, we only asked for sleeping arrangements and explained that we carried our own food supply. I hope to write several articles about the wonderful people we met, about the exciting places we visited, and about the adventures we had. I highly recommend this type of trip to anyone who has the time and energy for it.

We travelled through some 22 states, several of which we had never visited before, despite having been born and having lived in America for the first 35 years of our lives. The saddest thing we noted was the very small number of travelers on the roads (even though we took the trip during vacation time). We also noticed a large number of empty stores in some major cities. The economic downturn this past year has had a major impact on many of the cities and attractions we visited. We usually called the motel we wished to spend the night at sometime in the early afternoon and not once did we have to call more than one motel to find rooms. Not once did we get caught in a traffic jam, nor did we ever find an attraction that was crowded.

We, of course, flew from Israel to the U.S. on El Al. We try to always use our own national airline and, baruch Hashem, are usually very satisfied with the service and the security. Another interesting thing we found was the truth to the motto that I made up, “When all else fails, call Chabad!” Wherever we went in America, Chabad was there to help us find kosher facilities or to provide a Shabbat environment, even in the middle of the wilderness. The Chabad Internet sites were also very helpful in each state.

Before flying down to Florida, we spent two weeks in New York, We purchased much of our food supply, visited our good friends, and prepared for six weeks on the road. While in Brooklyn, we spent a delightful morning attending the 50th anniversary of our graduation from Brooklyn College. Both Barbara and I graduated the same year and were invited by the college to their commencement, where we marched with some 60 other surviving graduates of 50 years ago, in our gold caps and gowns, to the cheers of the more than 3,000 graduates of today. When we attended back in the 1950’s, there were many Orthodox students, so the college supplied kosher food at the breakfast that was part of this event. The class spokeswoman at this year’s graduation was a Muslim Rhodes scholar who wore a head covering, emphasizing the huge change between the students of 50 years ago and today’s college population. Before we left the campus, we stopped in at the Brooklyn College Hillel Foundation where we had first met. The entire day turned out to be a very nostalgic reunion. 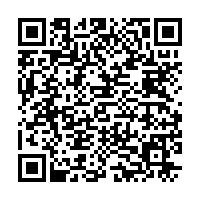