This week’s haftarah describes the episode in Sefer Yehoshua when spies were sent to scout out the city of Yericho, just prior to Klal Yisrael’s attack on the city.

Did you know that there are connections between the conquest of Yericho and Shabbos?


Many of you may be familiar with the stories of the Arizal and his students going out into the fields of Tzefas as Shabbos entered the world. Yet, this was not the only way in which the Arizal was mikabel Shabbos.

It seems that on some weeks, the Ari HaKadosh would ask his students to come to his home and they welcomed Shabbos by making hakafos, walking in circles around the dining room table, while reciting and singing Mizmor shira l’yom HaShabbos and Lecha Dodi.

We have to wonder what is so special about the dining room table, even one which belonged to the Ari?

We are taught that the table on which one eats food is likened to the mizbeiach, the altar in the Beis HaMikdash. (See Berachos 55a and the Shulchan Aruch, Orach Chaim 167:5.) The Gemara says that when the Mikdash stood the altar and the korbanos given on it atoned for us and today having guests at our table does the same. While walking around his table, the Arizal was reenacting the encircling Klal Yisrael did of the mizbeiach throughout Sukkos with the Hoshanos prayers. Today, there are shuls where this custom is followed by encircling the bimah while saying the sixth perek of Tehillim said during Kabbalos Shabbos, Mizmor l’Dovid, havu l’Hashem bnei eilim. (See Sefer Hashabbos, page 175 for this custom of the Arizal.)

Why would the Arizal perform these hakafos as he welcomed the Shabbos Kallah? What is the connection?

The Vilna Gaon (Biur HaGra, Orach Chaim 660:1) cites a midrash (Yalkut Shimoni, Tehillim 703) which states that the hakafos around the mizbeiach on Sukkos were to recall the seven circuits around Yericho during the time of Yehoshua. Just as Sukkos has seven days, so too they encircled the city for seven days, once a day. On the 7th day, Shabbos (according to Rashi, Yehoshua 6:15), they did it seven times. These hakafos were done prior to the miracles Hashem performed in conquering Yericho, when the strong, fortified and heavy walls that surrounded Yericho sunk into the ground. The Midrash relates that when the Bais HaMikdash stood, we commemorated this time by the chazzan standing like an angel of Hashem on the bimah holding a sefer Torah, while the rest of the congregation walks around him.

Each nation has a specific role to fill in Hashem’s plan and we pray that through these offerings Hashem will inspire them to true service. Symbolically, bringing down the walls of Yericho each Sukkos through our hakafos is intended to create the spiritual power and potential to remove evil from the nations allowing them to come closer to Hashem and to Klal Yisrael.

Rav Dessler (Michtav Mei’Eliyahu, Volume 2, pgs. 263-264) makes connections between Shabbos and the battle against Yericho. The pasuk says (Devarim 5:13-14), “Sheshes yamim taavod v’asisa kol melachtecha, veyom hashevi’i Shabbos L’Hashem Elokecha.” Rav Dessler says the true meaning of these words is that for six days we operate under the illusion that we are the ones who work and accomplish. However, on Shabbos we realize and accept that all is really from Hashem. We stop working, take a few steps back and internalize that He made it all happen.

It was the same with the battle for Yericho. Yehoshua first led a spiritual battle with hakafos and the blowing of the shofar. On Shabbos, the physical battle began with the walls sinking into the ground and with the conquering of the city with ease. It was the power of Shabbos, that acknowledgment that it is Hashem who is the source of all power, which defeated the evil of Yericho. When the evil of Yericho was vanquished, the holiness of Klal Yisrael was able to enter the city.

In fact, we notice that the root of Yericho is yarei’ach, moon. Hashem is the sun and source of all light and accomplishments. We are nothing more than the moon which reflects the sun’s light. This was the first lesson Klal Yisrael needed to learn upon entering Eretz Yisrael and needed to teach the people of Canaan.

These thoughts are perhaps what the Arizal had in mind in accepting Shabbos by doing hakafos around his dining room table. As we enter Shabbos, we need to first vanquish our own personal walls that separate us from holiness and from Hashem Yisborach. The Jewish people had one goal while encircling Yericho: to somehow break down the powerful walls of the city which served as barriers to any invading army. We too, face powerful barriers to Torah and to Hashem, which we have set up and erected throughout the year with our spiritual failings, we need to break down those barriers if we are to come close to HaKadosh Baruch Hu once again.

So we won’t actually walk around our tables like the Arizal did when Shabbos begins, but as Shabbos comes we sense a great opportunity to improve ourselves and tap into the special meaning it can add to our lives.

In our mind’s eye, we must try to break down the walls that divide us from Hashem. 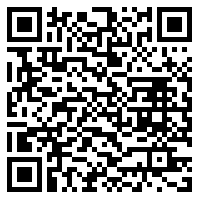