“If a man takes a vow to Hashem, or swears an oath to establish a prohibition upon himself …” (Bamidbar 30:3)


This week’s sedrah, Matos, is usually read during the period of the Three Weeks, and speaks about oaths and vows. An interesting connection is drawn in this regard.

The Medrash Eichah Rabbah tells us that the issue of vows should not be taken lightly, and cites the tragic incident of the members of the Sanhedrin who were killed by Nevuchadnezzar. We learn that King Tzidkiyahu once observed Nevuchadnezzar eating a live rabbit. Embarrassed to be seen committing such an inhumane act, Nevuchadnezzar made Tzidkiyahu swear that he would not reveal what he had seen. Later, Tzidkiyahu regretted his oath and he requested the Sanhedrin to absolve him from it. Then, at a time when Tzikdiyahu was in the presence of a gathering of the five kings (of Moav, Midyan, Amon, Tzur and Tzidon) over whom he had been appointed, he revealed what he had seen. When Nevuchadnezzar learned that he was being ridiculed for his conduct, he questioned Tzidkiyahu, who explained that his vow had been annulled by the Sanhedrin.

Nevuchadnezzar immediately went to Yerushalayim, where he was received with great honor by the members of the Sanhedrin. Nevuchadnezzar then asked them to expound the Torah to him. The Sanhedrin proceeded to go through each parsha until they came to the parsha regarding vows. Nevuchadnezzar inquired, “Can one annul his vow?” The Sanhedrin replied that one could do so by going to a Sage to absolve it.

“Must the oath be annulled in the presence of the person to whom he made the vow, or even not in his presence?” asked Nevuchadnezzar. The Sanhedrin conceded that they had erred in halacha and immediately they fulfilled the verse (Eichah 2:10), “They sit on the ground, and they are silent, the elders of the daughter of Tzion.” Nevuchadnezzar then had them killed in a cruel manner, tying their hair to the tail of a horse that ran from Yerushalayim to Lod.

The Talmud (Bava Basra 74a) relates that Rabba bar bar Chana said, “I heard a Divine Voice saying: Woe is Me that I took an oath. Now that I took an oath who will nullify it for Me?” The Talmud expounds that this refers to Hashem’s oath that the Jewish Nation would be exiled for an extended time.

It is brought down in the Zohar that R’ Shimon bar Yochai rose, stretched out his hands towards Heaven, and said: Master of the world, the Divine Presence is in pain in exile. Our nation, though, has a mother and a father [the Patriarchs and Matriarchs] who can annul the vow that You took. If You want to be absolved from Your vow on the highest level, You can call upon Moshe Rabbeinu, Your faithful servant, and he can make peace between You and the Jewish Nation. You can then end the exile.

The Doresh Tzion notes that it is for this reason that R’ Shimon bar Yochai formulated the Kol Nidre which annuls oaths which have been made, or will be made, and cannot be upheld.

One can be held accountable for any words his lips utter, even when he makes a statement and says bli neder (that he has no intention of making a vow).

During this period of the Three Weeks, when we mourn the destruction of the Bais HaMikdash, we pray that our study and careful review of this week’s parsha with regard to oaths and vows, and the proper annulment of the same, will effect that Hashem will in turn annul His promise and bring the Redemption.

Release from a Troublesome Vow

The Pardes Rimonim relates: R’ Binyamin Diskind, an outstanding talmid chacham and highly respected rabbinic personage, was the Rav in the great city of Lomza. He developed a huge following, and many would address their sheilos (halachic questions) to him.

One of the sheilos that came to him concerned a great talmid chacham who had made a neder (vow) that he would never leave the bais medrash. He wanted to spend day and night immersed in Torah. Although this was regarded as an admirable undertaking, the neder had become somewhat challenging for the members of the community who had to ensure that he was provided with food and all other needs. The situation had become very difficult, and the community had been unable to come up with a workable solution.

At that time, R’ Akiva Eiger came to visit, and R’ Diskind joined the others in coming out to greet him. When they met, R’ Binyamin brought up the sheiloh to R’ Akiva Eiger and they discussed the matter. It was decided that they would both go to the bais medrash to pay their respects to the talmid chacham. The two luminaries were soon joined by hundreds of people who wanted to accompany the distinguished individuals as they walked.

When the huge crowd entered the bais medrash, the young man was shocked to see the throngs of people from the community led by R’ Akiva Eiger and R’ Binyamin Diskind.

R’ Akiva Eiger said to the young man: I have heard that there is a young scholar who has made a neder to remain in the bais medrash and never leave, and we decided that we must come to meet him.

The young talmid chacham became highly agitated and was greatly distressed to hear this. “Chas v’shalom!” he exclaimed, “that I should trouble two of the greatest Torah sages of Klal Yisroel because of my neder.” He looked at the crowd behind them and thought of the hardship he had created for this huge crowd.

The two then asked him, “If you had known before you made the neder of the imposition that would result for the people to come in your honor, would you have made such a neder?”

“Chas v’shalom! I would never do such a thing! I would never make a neder that would mean troubling two great Torah leaders and the entire community to come on my behalf.”

The great R’ Akiva Eiger then said, “If that is so, then your vow will be absolved.” A bais din was convened, and the talmid chacham was released from his vow. 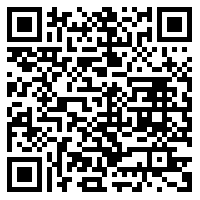