Even Esav’s physical appearance at birth reflected an inherent negative trait. The Torah says, “The first one emerged red, full of hair like a cloak” (Bereishis 25:25), and Rashi writes that his red pallor indicated that he would be the type of person who sheds blood. How then can we denounce him?

Also perplexing is Yitzchak’s preference and love for Esav, as opposed to Yaakov, the upright tzaddik and pillar of Torah, to the point that he favored giving all his blessings to Esav.

We can answer these question based on the Talmud (Shabbos 156a), which discusses the various constellations and their effects on the temperaments of individuals. Rav Ashi notes that a person who is destined to spill blood can be a shochet, a mohel, a doctor, or a murderer. In other words, one can channel innate tendencies for the benefit of society.

No one is predestined to be bad. Every person has the free will to use his traits to become a tzaddik or a rasha. Heaven, the Talmud (Niddah 16b) tells us, decides many things about a person but not whether he will be wicked or righteous. That’s contingent on the free choice of man.

The Vilna Gaon explains that David was born with a tendency towards cruelty, and possessed a nature to spill blood. Since he consistently surmounted this tendency, Hashem forgave him when he failed twice. Shaul, on the other hand, was born with a very good nature; therefore, when he responded wrongfully even once, he was punished.

So although it’s true that Esav was drawn towards avodah zarah and cruelty even before he was born, he could have chosen to redirect his impulses toward good and transformed himself in the process. The Sifsei Chaim notes that if Esav had done so, he would have reached an even higher spiritual level than Yaakov. That’s why Yitzchak favored Esav; he wanted to encourage him to overcome his nature.

He answers that it’s actually sometimes more difficult to succeed in a supportive environment. When surrounded by tzaddikim and talmidei chachamim, one may feel insignificant and thus descend spiritually. Conversely, when a person finds himself in a hostile environment, he sometimes develops a stubbornness to be independent and retain his individuality.

When the Bolsheviks in the USSR forbade studying Torah and closed all chedarim, young children were forced to learn in hiding, changing their whereabouts every so often so that they wouldn’t be discovered by the authorities.

One day, an officer discovered the hiding place of the children of Brisk. Entering the room, he grabbed one of the children and was about to take him away. The rebbe, completely immersed in his studies, didn’t realize initially what was taking place. But when the children began to protest and cry loudly, the rebbe jumped up with alacrity, ran toward the officer, and, shouting loudly, began to beat him with all his strength.

The officer was taken aback by the courage of the rebbe as he wasn’t accustomed to handling such a bold response. If a person valued his life in the Soviet Union, he didn’t contradict or defy an officer, let alone physically attack him. Alarmed and overwhelmed, the officer let go of the child and fled the scene.

In that class were the children of R’ Chaim of Brisk. The next day, R’ Chaim asked the rebbe: How did you have the audacity to assault the officer?

The rebbe explained: It seems that the rav didn’t hear what happened. We were deeply engrossed in learning a Tosafos and, just then, the officer walked in. I couldn’t tolerate his chutzpah in interrupting the Tosafos, so I reacted!”

Sometimes we have the strength to go beyond our own nature. 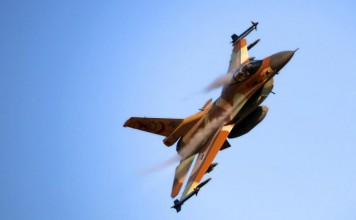 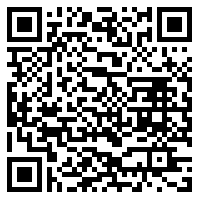