Rashi writes that Yaakov rested at the spot where prayers ascend to heaven. In “Shaar Ha’avodah,” Rabbeinu Yonah cites Rabbeinu Yehuda bar Yakar who says that crying while praying is like nisuch hamayim (the pouring of the water on the mizbe’ach in the Beis HaMikdash).

It’s known that with tears, one’s prayers can pierce the heavens, reach the Throne of Glory (kisei hakavod), and bring about miracles and wonders in this world. Rabbeinu Yonah writes they can do so because the Gate of Tears is never closed (Bava Metzia 59a).

R’ Yosef Weissmandl cites the Sefer Arugas HaBosem who expounds on the uniqueness of the Gate of Tears. We find that R’ Akiva was inspired when he saw that dripping water was able to bore a hole in the rock. But it only bore a hole because it dripped continuously on one specific spot for a long period of time. If the water had randomly dripped and spattered, it wouldn’t have penetrated the rock.

The Gate of Tears allows us to crack the iron wall that separates us from Hashem. But all the tears must be directed towards the same mark – to the goal of bringing the redemption. If the tears are haphazard, with different targets, they won’t be able to effectively shatter that iron wall.

The Medrash Eicha notes that the Gate of Repentance is also never closed, and the Divrei Yisroel asks: If so, why is a gate needed at all?

He explains that a gate usually has a lock that can only be opened with a key. However the Gates of Repentance and Tears are shut with the signet of Hashem whose “seal is truth.” These gates can only be opened with truth. When a person does teshuvah or cries, his true feelings emerge and his remorse and prayers can open the gates. So it’s important for there to be a gate, but it can be opened by anyone with the right key.

According to a familiar adage of Vishnitzer chassidim, a tear shed during prayer is more powerful than many fasts.

In discussing the function of tefillah, the Chovos HaLevavos notes that Hashem is fully aware of what we need in life and what we are missing. Why, then, must a person pray for his wants?

The Chasam Sofer states that it’s extremely beneficial for an undeserving person to pray because Hashem will be gracious to him as a result. Hashem waits for the teshuvah of those who need to repent, and teshuvah can be achieved through tefillah. The mere fact that a person diminishes himself serves as an atonement and makes him more worthy of Hashem’s blessing.

As for deserving people who do the will of Hashem: The Chasam Sofer explains that Hashem desires the tefillos of tzaddikim. Additionally, when the tzaddik prays, he opens the Gate of Prayer, which is not easily opened, and allows the prayers of others to enter. As we know, “Hashem does the will of those who fear Him, and their cry He will hear and save them.”

The Yalkut Shimoni tells of an extremely poor individual who prayed and cried to Hashem from the depths of his heart for an honorable livelihood that wouldn’t depend on the help of human beings.

One day, Eliyahu HaNavi appeared to him in the guise of a non-Jew and offered him two valuable gold coins. He advised him to use these coins to do business and said he would be very successful. The man was reluctant to take a gift from a mortal person, so Eliyahu told him to take it as a loan that he would repay in the future.

The man took the coins, sold them for a huge amount of cash, and became exceedingly wealthy. The wealthier he became, though, the less he prayed. He became so involved in his business affairs that he didn’t have time to daven. Moreover, he no longer had a pressing need to pray, as he had become very successful.

Hashem summoned Eliyahu HaNavi and said, “I had a faithful servant in My world who continually poured out his heart before Me. From the time you gave him those two coins, though, he stopped praying.”

“Master of the world,” said Eliyahu HaNavi, “I will go back to him and retrieve those coins” – and he did so. From the moment the man returned the coins, his good fortune took a downturn and he soon lost all his money.

Deeply pained, the man began praying to Hashem with a broken heart.

When Eliyahu HaNavi reappeared to the man and asked him how he was doing, he told him that he had lost all his wealth.

“Do you know why?” asked Eliyahu HaNavi. “Because from the moment you began to prosper, your tefillos ended. Hashem desires your tefillos. I can give you back the gold coins on the condition that your prayers don’t disappear.”

The man realized his mistake and promised not to abandon his fervent and heartfelt prayers. Once again the man was given two golden coins, and once again he was extremely successful. But this time he maintained his commitment to saying heartfelt and sincere prayers. 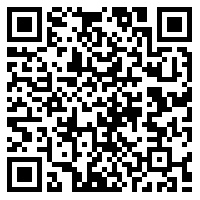