There is a question as to whether darkness is its literal meaning, or if it is simply the absence of light. The fact that light overcomes darkness is not an indication that darkness is merely a lack of light. The reason that light shines in darkness is because that is how Hashem set the laws of nature. Even if darkness is a creation of its own making, it will still have to allow for light to shine through.

The Vilna Gaon, in Kol Eliyahu, says that there is a creation of darkness. He cites the pasuk in Yeshayah (45:7) that we recite every morning at the start of birchas kerias Shema: Hashem created light “u’vorei choshech” – and created darkness. The Vilna Gaon says that this implies that darkness was created, and is not merely the absence of light.

The Bach (Orach Chaim, siman 6) writes that the term “created” cannot connote something that is simply an absence or a cavity. He is discussing the berachah of “asher yatzar” in which we say “u’vara vo nekavim nekavim, chalulim chalulim” – and created in him holes and holes and cavities and cavities. The Bach explains that the Tur had a different version of the berachah, whereby he did not say that Hashem created cavities, since a cavity is not created; the organ is created and a cavity is formed as a result. According to this explanation, the pasuk in Yeshayah is a clear indication that darkness is a creation.

However, the Ramban (Parshas Shemos 4:11) says that the term “created” can be appropriately used for things that are mere absences of other things. He says that a proof to such an idea is from the pasuk “u’vorei choshech,” which says that Hashem created darkness, something that is only the absence of light. This is the opinion of the Rambam in Moreh Nevuchim, volume 1 73:7, as well.

The Even Ezra and the Radak, on the pasuk in Yeshayah, explain that the use of the word “u’vorei” (referring to the creation of darkness) is not to be understood by its literal translation; rather, the word “u’vorei” means he issued a decree as found to be used elsewhere. They explain that it cannot be translated as “created,” for darkness is merely the absence of light. 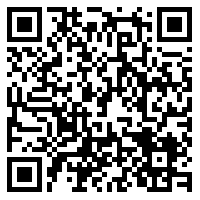