“If you will say, ‘what will we eat in the seventh year? Behold! We will not sow and not gather in our crops!’ I will ordain My blessing for you in the sixth year and it will yield a crop sufficient for the three-year period (Leviticus 25:20-21).” I guess the person saying, “What will we eat,” is not asking during the sixth year. He wouldn’t question if he has witnessed the blessing of a three-year crop. Of course, we can read the ordained blessing as a response to the question: If you will say…I will ordain, as if the question triggers the special blessing.


The laws of the Sabbatical year allow for some questioning even while demanding faith. The Admonition with all its horrible warnings concludes with, “The Land will be bereft of them; and it will be appeased for its sabbaticals having become desolate of them; and they must gain appeasement for their iniquity; because they were revolted by My ordinances and because their spirit rejected My decrees (26:43).” President Reagan famously said, “Trust, but verify.” God seems to be saying, “Question, but observe, or else!”

I believe, even when I question.

Even when I question, every word I pray is an expression of belief that my words matter and are heard.

Even when I question, every word of Torah I am privileged to study is infused with belief that I am drawing closer to the Creator, the Giver of the Torah.

Even when I question, each Mitzvah I have the merit to perform is infused with belief that I am fulfilling God’s Will and refining my heart and soul.

How can I believe even as I question? How can the farmer wondering how he will survive the Sabbatical year continue to believe if he does not see the ordained blessing of a three-year crop? How can people suffering the horrors of the Admonition continue to believe?

“If your brother becomes impoverished and sells part of his ancestral heritage, his redeemer who is closest to him shall come and redeem his brother’s sale. If a man will have no redeemer, but his hand reaches and he acquires enough for its redemption (25:25-26).” The Chatam Sofer reads the second verse as, “If a man will have no redeemer,” and he feels alone, “his hand will be empowered by God to reach, achieve and find the means to redeem his land.” He is not asked to believe that God will magically send money his way. He is asked to believe, when he is desperate, broke, and alone, that God will empower him to achieve success. He is not asked to believe in miracles. He is taught to believe that he will find the power within himself to rise to the challenge. He is directed to seek something internal that will allow his hand to reach higher and further. He is asked to believe only that his relationship with God will expand his internal strengths so that he can achieve more, and more, and yet more.

Our belief in God can be measured by our belief in the latent power to succeed planted in our souls.

We declare our belief in the Creator with our observance of Shabbat. “La’asot,” the Shabbat of Creation ends with a challenge for us to accomplish.

We declare our belief in the Exodus from Egypt with our treasuring Shabbat. The Exodus concluded with Revelation at Sinai, which we will honor in little more than a week, an experience that declared our ability to climb to the greatest heights.

Yes we believe, question and still believe that we possess the latent power to extend our reach and accomplish the most wonderful things. 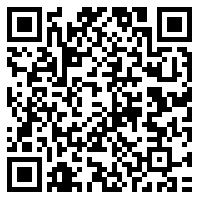