Parshas Chukkas begins with the halachos of parah adumah. The name of the parshah, Chukkas, refers to the fact that the parah adumah is known as the quintessential chok. In fact the second pasuk in this week’s parshah, referring to the parah adumah, says “Zos chukas HaTorah – this is the chok of the Torah” (Bamidbar 19:2). A chok is an edict that we must perform even though it defies logic. We must perform all the mitzvos in the Torah, however some of them are more logical to understand than others. For example, it is logical that children should honor their parents. And the chukim in the Torah we must perform despite our lack of understanding.

If one becomes tamei from contact with a meis (dead body) he must have the waters of parah adumah sprinkled on him twice over a seven day period; once on the third day, and once on the seventh day. Thereafter, he must immerse in a mikvah and then wait for nightfall to become tahor.


The wisest of men, Shlomo Hamelech, wrote in Koheles regarding the mitzvah of parah adumah, “Amarti echkima v’hei rechoka memeni – although I try to understand it, it is distant from me.” What is it about the parah adumah that makes it the quintessential chok? What are its unique aspects that so defy logic?

Tosafos there asks on the opinion of the Chachamim that in fact this aspect does not seem to be perplexing. Because one who is tamei and has the waters of the parah adumah sprinkled on him does not become tahor until he immerses in a mikvah and he must wait for night to begin. This is the same tumah that one who is tahor will contract if he would touch the waters. Perhaps while the waters of parah adumah purify one from tumas meis, it conveys lower level tumah which requires one to immerse in a mikvah and wait for night to begin.

Tosafos answers that nevertheless the sprinkling is a part of his taharah process. Therefore it is perplexing that an aspect of the taharah process would convey tumah.

The Shagas Aryeh in his sefer Gevuros Ari suggest another answer to Tosafos’s question. He says that the Rambam rules (Hilchos Parah 11:2) that one can first immerse in a mikvah and then have the waters of the parah adumah sprinkled on him the following day and he will become tahor immediately. Based on this opinion we can understand the Chachamim’s view of what is so complex about the mitzvah of parah adumah.

However Tosafos in Megillah 20a (d”h velo) disagrees with this and opines that one must first have the waters sprinkled on him before immersing in a mikvah.

Another answer is brought in the name of Rav Chaim Soloveitchik, zt”l. He says that there is a difference between one who is tamei meis and one who becomes tamei from touching the waters of a parah adumah. There are forms of tumas meis that one is not liable if he enters the Mikdash in his tumah state. However, if one touches the waters of the parah adumah then he will be liable for entering t 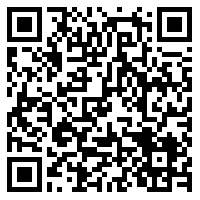