When we first encounter Mordechai in Megillas Esther, we immediately learn two facts: that he was an “ish Yehudi” and that he had been exiled from Yerushalayim. Everything in the Torah is precise and intended to teach us a lesson. Thus, if the megillah emphasizes these facts, it must be for a reason. What is it?

He was not influenced by the exile in which he and his people had been plunged; he observed all details of Yiddishkeit proudly and firmly. And he was not only satisfied to be a proud Jew himself; he influenced all other Jews to do the same.

The word “ish” here means an “appointed supervisor” (similar to the appellation, “ish Har Habayis” in the Mishnah). He was the appointed spiritual leader of his generation to influence Jews to act as true Yehudim – to proudly acknowledge their belief in Hashem even in exile.

Halacha tells us to obey the law of the land (Nedarim 28a), but this instruction applies only to material matters, not to spiritual matters. The Jewish soul has never gone into exile, and no non-Jew has the right to determine the conduct of Jews as it relates to Torah and mitzvos! And we follow the law not because non-Jews run the government but because the Torah commands us to listen to it – just as it commands us to listen to an expert doctor in medical matters.

Mordechai’s firm stance as an ish Yehudi during exile under Achashverosh was based on his understanding that he had been “exiled from Yerushalyim.” A Jew can delude himself that he has a certain degree of freedom while in Shushan (or New York…) – that it’s not real exile but a stage somewhere between exile and ge’ulah. But there is no such stage. We can live in only exile or ge’ulah, and if it’s not the full ge’ulah, it’s a full exile!

Our physical location doesn’t determine whether we’re in galus or ge’ulah. Life in Yerushalayim, too, can be spiritual exile. Nowadays, for example, although it’s possible to observe some of the halachos that apply only in the Holy Land, these are vastly outnumbered by those we can’t keep until the full ge’ulah comes.

Mordechai realized the true nature and extent of the exile, which gave him strength to stand tall even amidst it. Actually, it’s strange to speak of Mordechai and exile since the Beis HaMikdash had not yet been destroyed – and sacrifices were still being brought daily – when he was exiled with King Yechonya by the Babylonian king.

A new king from the House of David was subsequently appointed, but the situation was one of exile because the Torah Sages were exiled to Bavel. Since the Torah was in exile, the whole Jewish people were considered to be in exile – regardless of whether the Beis HaMikdash or a Jewish king were in place. The exile of the Torah Sages, the “inner sanctum” of Yiddishkeit, plunged the Jewish people into the concealment of the Divine.

It’s only when we understand what exile really means that we can be true Yehudim, acknowledging Hashem and realizing that while our body and material affairs are in exile, our neshomos and all spiritual affairs can never be subjugated in exile. This realization gives us the spiritual tools to cope with the tribulations of exile and introduce the alef – the presence of the one G-d – into exile so that golah becomes ge’ulah. 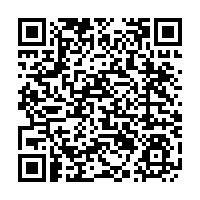