In this week’s parshah we read about the episode of the meraglim, who were sent to spy on Eretz Canaan to see if it was militarily feasible for Bnei Yisrael to conquer the land.

Ten of the twelve spies returned with a negative report, stating that this would be impossible. As the pasuk says: “lo nuchal la’alos el ha’am, ki chazak hu mimenu – we cannot conquer the nation, for they are stronger than us.” The Gemaras in Sotah 35a, Eruchin 15a, and Menachos 53b say that these ten meraglim became kofrim, as they were referring to the fact that Hashem was unable to conquer the nations of Canaan.


There are two halachos that we derive from the episode of the meraglim. One halacha is found in the Gemara in Sanhedrin 74b that says that if one is forced to perform any aveirah befarhesya (in public) he must not perform the aveirah – even if it means sacrificing his life. This is because any aveirah that is done befarhesya will be a chillul Hashem. (I want to stress this point because many people would not think this to be the case. But if in front of ten other Jews one is forced to eat pig or give up his life, it is a kiddush Hashem to give up ones life, and he is indeed commanded to do so.) One is obligated to give up his life so as not to be mechallel Hashem.

The second place where we draw a similar halacha from the meraglim is in the Gemara in Megillah 23b. The Gemara there says that any davar she’bikedushah must be performed in the presence of ten men. The Gemara makes the same double gezeirah shavah from the words “toch” and “eida” in the abovementioned pesukim to reach this halacha. (In truth the Gemara in Sanhedrin is missing some of the drasha, but the commentaries say that it is implied that they mean the identical drashos. See Mesoras Hashas. Berachos 21b.)

Rav Moshe Feinstein, in Igros Moshe (Yoreh De’ah 1:70, and Orach Chaim 1:23), rules that regarding both of these halachos (befarhesya and that a davar she’bikedushah requires ten Jews) a mechallel Shabbos or a kofer would count toward the minyan. This is because the source for both of these halachos is from the meraglim. And as m-entioned earlier, they were kofrim b’ikar. Therefore, Rav Moshe rules that a mechallel Shabbos can be counted for a minyan b’shas hadchak (when in need).

Rav Moshe points out that this ruling regards only a davar she’bikedushah, e.g. saying Barchu or Kaddish. But the attributes of davening tefillah b’tzibbur will not be achieved when the minyan is relying on a mechallel Shabbos or a kofer to make the minyan. 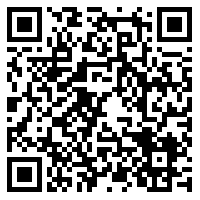