Although we may live lives dedicated to following the commandments of the Torah, the core question of “What does God ask of us?” is posed in the Torah portion this week. It offers the following answer: “Only” to “fear” and “love Him”.… and to “observe the commandment of the Lord.” (Deuteronomy 10:12, 13)

The fact that the Torah uses the word “only” seems to imply that following the commandments is a minimal request. Yet keeping 613 commandments is far from a small demand – it is, indeed, a major commitment that requires all of the self.


Some suggest that these words, offered by Moshe, were said from his perspective. For him, it was a minimal request because for Moshe, the prophet of prophets, keeping all of the mitzvot came naturally.

This is a bit troubling for it seems that by using the term “only,” Moshe, a master teacher. was making a grievous error by not speaking on the level of the people. He was not speaking in the “language” they could understand.

The key to understanding the use of “only” may lie in resolving the larger question of why God gives the commandments at all. Are they primarily given for His sake, or for ours?

One could look at the mitzvot as God’s way of expressing rulership over us. When we keep His laws we profess allegiance and commitment to Him.

There is, however, an alternative approach. The mitzvot are not haphazard laws given by a God who wants “only” to rule us just for the sake of ruling us. Instead, the commandments express what God feels is best for His people. They are for our sake. It’s God’s way of saying, I’ve created a beautiful world – follow these laws and you will find inner happiness. In the words of God to Avraham, “hithalech lefanai veyei tamim – walk before Me, and you will find fulfillment.” (Genesis 17:1)

Note the similarity between hithalech and halacha. God tells Avraham, follow the commandments, follow the halacha – and you will find inner peace and inner meaning.

By focusing on three major Jewish rituals – family purity, the dietary laws and Shabbat – we can better understand that the mitzvot are for our sake. These rituals correspond to the three basic human drives.

Family purity corresponds to the sexual encounter, the dietary laws to eating, and Shabbat to the human quest for power. Since Judaism views human passions as God’s gifts to us, the halacha is meant in part as a mechanism to sanctify these passions, allowing us to better appreciate and find greater meaning in life itself.

Many have felt that a God of love would never have initiated commandments that seem to limit and restrict human beings. Yet this week’s parshah tells us while these “limits” and “restrictions” are complex and sometimes difficult to follow, they are the key to living a life of meaning and holiness.

When Moshe tells us what God wants, he uses the word “only” – a minimalistic request – teaching that God gives the laws out of his great concern for our welfare, for what is best for us. 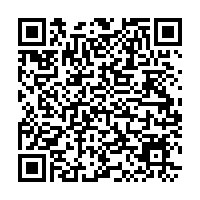