The Talmud (Shabbos 88b) states that when Moshe Rabbeinu ascended to heaven, the angels protested, “Master of the world, how can this human being be among us?”

“He came to receive the Torah,” Hashem replied.


The angels said, “You’re going to give that precious treasure You have hidden for 974 generations before the world was created to a mere mortal?” They cited Tehillim 8:5: “What is man that You should remember him and the son of mortal man that You should be mindful of him?”

“Respond to them,” Hashem said to Moshe.

“I’m afraid they will burn me with the fiery breath that emanates from them,” Moshe replied.

Hashem said to him, “Grab on to My Heavenly Throne!” and then instructed him to answer the angels.

At that point, the angels conceded that they were wrong, saying (in the words of Tehillim 8:2), “Hashem, our master, how mighty is Your name throughout the earth, whose majesty is placed on the heavens.”

Obviously the nature of this argument is mystical and esoteric; nevertheless, we are not exempted from gleaning inspiration from it that will strengthen our service of Hashem. We must analyze the essence of the angels’ argument and why they ultimately backed down. Furthermore, we must understand why Moshe feared the angels’ fire and why it was necessary for him to grab onto the Heavenly Throne to be protected. Couldn’t Hashem have protected him without him doing that?

Rabbi Meir Shapiro of Lublin explains that the angels’ objection can be understood in the context of the laws of real estate. When a piece of property is for sale, the neighboring landowner has the first rights to it. The angels, who were close to Hashem, thus argued that the Torah should remain with them. Moshe, however, countered that the Jewish nation was a partner of Hashem, and the claim of a partner supercedes that of a neighbor.

Parenthetically, the Sfas Emes notes that when an article is being given as a gift – as opposed to being sold – a neighbor has no right to claim the item first. The benefactor is free to choose the recipient of his gift.

R’ Chaim Friedlander says Moshe was afraid that perhaps the angels were presenting a valid argument; perhaps a human being of flesh and blood shouldn’t be taking the Torah down from Heaven. He explains that Hashem’s command to grab on to the Holy Throne signifies the essence of the legitimacy of the Torah being given to mankind.

Hashem created the world for mortal people, not angels. He established the world so that His honor would be revealed. The angels who dwell in heaven have no understanding of the hester (lit., concealment) that exists in the world. They do not experience its trials, tribulations, and challenges.

It is man’s triumph over his yetzer hara and his ability to surmount these difficulties that brings true honor to Hashem. Moshe taking hold of the Heavenly Throne – which has the image of man engraved on it – alludes to the fact that the Torah is specifically for mankind.

R’ Leib Pinkusowicz was in the concentration camp of Majdanek when the inmates realized it was Shavuos. The vicious Nazis had taken out all the prisoners, forcing them to work beyond the parameters of human comprehension. Finally, at the end of the day, when the supervisors left them alone, one of the inmates began to softly hum the melody of the Akdamus.

He did not, however, have a yarmulke to cover his head. When he came across a small piece of newspaper, he quickly put it on his head and began to sing the words, “The praise of the Master of the Universe is a pure statement…” amidst the horror and darkness of his surroundings.

Rav Neugroschal comments: Do you know what was most moving for R’ Leib? It wasn’t the fact that the individual wanted to recite the Akdamus; such a desire is natural for a Jew. What was most extraordinary was that the man looked for something to cover his head. Even in such appalling circumstances, he could not bring himself to say the Akdamus without his head covered. 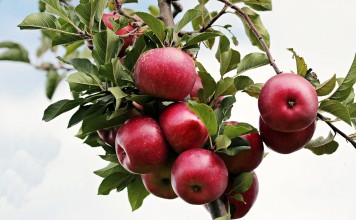