Parshas Lech Lecha opens with Hashem’s command to Avraham Avinu, “Go for yourself from your land, from your relatives …” and His promise “I will make of you a great nation, I will bless you and make your name great ….” Our sages tell us that this command is one of the ten nisyonos (challenges) with which Avraham Avinu was tested by Hashem.

The Ramban questions this, noting that Avraham was guaranteed by Hashem that he would be rewarded with honor, acclaim, and greatness. If so, what was the difficulty of fulfilling this command?

The Ohr HaChaim poses the same query and adds that, in fact, even a simple person would do whatever was necessary to achieve such renown and blessing.

Furthermore, the Medrash Bereishis Rabbah equates the two nisyonos – Avraham leaving his birthplace and Akeidas Yitzchak – as they are both presented with the words “lech lecha – go for yourself.” How could you compare the two?

The baalei mussar (teachers of Jewish ethics) point out that the Torah characterizes Avraham’s response as (Bereishis 12:4), “Avraham went as Hashem had spoken to him.” He did exactly as he was commanded, without any deviation.

At this point in time, the Sheva Mitzvos Bnei Noach had already been given to mankind. These laws – such as prohibitions against murder and theft, the establishment of courts – set up a moral code in the world. However, the essence of mitzvos is different in that we fulfill them in order to carry out the will of Hashem, whether or not we understand their rationale or reason.

HarRav Dovid Braverman observes that there was no good reason for Avraham Avinu to leave his birthplace and his homeland. He was successfully bringing people closer to Hashem right where he was. Yet when Hashem told him to leave, he accepted the Divine decree. That was the significance of the nisayon. From birth, man inherently desires to be independent, and he is loath to willingly follow orders without an explanation or reason. Thus, being subservient to the command of Hashem, without asking any questions or understanding the rationale is most difficult. Indeed, our sages tell us (Kiddushin 31a), “Greater is one who is commanded to do a mitzvah and performs it, than one who is not commanded to do a mitzvah and performs it.”

The Zohar tells us that the 248 positive Torah commandments correspond to the 248 limbs of a person. The numerical equivalent of Avraham’s name is 248, to tell us that Avraham Avinu achieved that level of subservience where all his limbs were dedicated to fulfilling the will of Hashem. Although Hashem did not disclose to Avraham his destination, Avraham readied his household and departed from his home. Avraham’s emunah was steadfast and constant, whether he was leaving his homeland or sacrificing his son. One nisayon was not more difficult than the other because his faith in Hashem was complete (emunah shleimah), as we say in the modim prayer, “to do Your will and to serve You wholeheartedly.”

Shimon, a poverty-stricken kollel fellow in Bnei Brak lived a life fraught with nisyonos. Yet he remained steadfast in his emunah, fulfilling every mitzvah with the greatest passion and intensity. He never questioned the difficulty of his circumstances, or the challenges he encountered, nor did he waver in his faith in Hashem.

When Shimon put up his succah this year, he realized that he had enough space for two people to sleep on cots. Since his children were still toddlers, he felt it only proper to invite a guest who might need a place to sleep in a succah.

Shimon invited his older uncle from Yerushalayim, who was overjoyed. The first night of Succos, as the kollel fellow prepared for bed, he happened to look up and noticed, through the schach, that the people who had built their succah on the porch above him had placed a covering over their succah for the night that extended to over half the width of his own succah, in effect technically disqualifying half of his own succah. Without giving any thought to this unfortunate turn of events, he contemplated his options, as he didn’t want to disappoint the uncle who was looking forward to being able to sleep in the succah.

Shimon excused himself from the succah and explained to the uncle that since most people were exhausted from their yom tov preparations, they went to sleep after the seudah. His family had, therefore, established a custom to stay up and learn on the first night of Succos to ensure that Torah was being learned throughout the first night. The uncle was duly impressed and accepted Shimon’s departure from the succah with no reserves.

Shimon walked through the streets of Bnei Brak looking for an open succah and found the succah that belonged to a Chassidic rebbe. He sat down and was soon deeply immersed in his learning. At approximately 2:30 in the morning, a well-dressed individual, who appeared to be a foreigner, entered the succah. Curiously, the man asked Shimon why he was learning so late at night in this succah. Not especially eager to engage in conversation, Shimon was slightly evasive. However, the stranger persisted until Shimon explained what had happened. The man was very moved by his story, and asked, “Where do you live?” Once again, Shimon was vague, just telling him the neighborhood he lived in. But the man pressed him for his exact address and Shimon realized that he would be better off just answering the questions the first time.

After the first days of Succos, there was a knock on the door and when Shimon answered, the stranger entered.

“I want you to know how moved I was by our encounter the other night,” the man told Shimon. “I’m an extremely wealthy person with real estate holdings in Canada. During the year I am privileged to support the rebbe in whose succah I found you. Whenever I am in Eretz Yisrael I join the rebbe as a personal guest in his private succah, and after the seudah that night I stopped in to see the communal succah that I had donated this year. I was shocked to find you learning there at such a late hour, and I saw your pain when I interrupted your learning, pressing you for information. I realized how sincere and dedicated you are to your Torah studies. Truthfully, I have been searching for a while to establish a Yissochor-Zevulun agreement with a very special young man who has great yiras Shamayim and emunah. Baruch Hashem, I have found him. I would like to draw up an official contract, in which you will be supported with 5,000 Euros a month and a free five-room apartment in a very nice area.”

Shimon’s life was completely transformed, all because he wanted to follow Hashem’s command and fulfill His will to the highest degree. 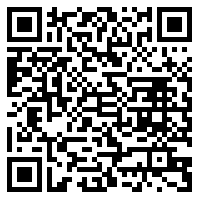