Wine is central to the parsha of the nazir and the story of Shimshon’s birth, which is our haftarah.

What does wine represent and why does the nazir need to stay far away from it? We will return to this question but first some information.


Why does juice squeezed from grapes merit its own bracha of hagefen? Allow me to quote from Rav Binyamin Forst’s sefer on Brachos, based on the Gemara in Brachos 35b (page 312): “Grape wine has special status in the world of brachos. It is the only food that both physically satisfies and brings joy to the spirit. In the words of Tehillim (104:16), ‘veyayin yesamach levav enosh – wine gladdens the heart of man.’ Furthermore, wine represents the essence of the grape. The grape was created for its juice. One (usually) plants a vine not for its grapes but for the wine.”

Brachos 40a says that according to one opinion, the fruit of the Eitz Hadaas, the Tree of Knowledge in Gan Eden, was a grape. If so, perhaps we are trying to rectify the sin by eating grapes on Shabbos. As Shabbos is a day that gives us a taste of Olam Habah and Gan Eden, drinking the juice of the grape may constitute a small aspect of fixing, of tikun, for the original transgression which resulted in our being banished from the garden.

Shabbos Secrets (page 167) quotes the Harei Besamim who says that one of the reasons we must drink wine for Kiddush is because, as stated in the midrash, the snake lied to Chava and told her that Hashem ate from the Eitz Hadaas and created the world. On Shabbos, when we testify to Hashem being the Creator of all things, we make sure to state clearly that Hashem is the “boreh pri hagefen,” He, and no one else, created the grapevine.

Let us now discuss why Chazal mandate that wine, or at the very least, grape juice, be used for Kiddush on Shabbos and Yom Tov. [Of course, if wine is unavailable, liquor or other types of chamar medina may be used.]

The Gemara in Pesachim 106a states: “Zachor es yom haShabbos lekadsho – Remember the Shabbos day to sanctify it, this means to remember it with wine as the Shabbos enters.” The Sefer HaChinuch, mitzvah 31, explains that wine was chosen because it is man’s nature to be inspired and awakened when he is happy and satisfied. The consumption of wine is pleasing and sets up the right frame of mind for one to grow spiritually from Kiddush whose aim is to help us recall the holiness of Shabbos, which reminds us that Hashem created the world.

The Maharal (commentary to the Gemara in Shavuos 18b) explains that the constitution of the “wine” (the Maharal calls it wine based on the juice’s destiny) within the grape is unique when compared with juice of other fruits. With other fruits, the juice is not actually present until one crushes and presses the fruit, whereas with grapes, the “wine” is present before the grape is crushed. Each grape is actually a small flask of already produced “wine.” It is “mifkad pakid” – within the grape; it is removed and stands separately.

This being the case, says the Maharal, wine is the most appropriate drink for Shabbos Kiddush. Just like Shabbos is removed and stands separately from the rest of the week, so too does the wine in the grape. Just like the wine is thinner and symbolically less physical than the flesh of the fruit part of the grape, so, too, Shabbos is the spiritual element to the physically focused workweek.

In addition, the Ramban (Emunah U’Bitachon, perek 19, see also Biur Halachah, Siman 242, ‘zecher’) suggests that the importance of using wine is based on the role of Shabbos as a microcosm of Olam Habah. (Sources gleaned from Daas Shabbos, pgs. 466-467.)

The Gemara (Eruvin 65a) notes: “Mishenichnas yayin yatzah sod” – when wine enters, secrets come out.” This is based on the gematria of the word sod equaling 70, the same as yayin. This does not just mean that a person is more likely to reveal a secret when he is under the influence of wine; rather, wine, utilized correctly, can bring a holy and righteous person to comprehend great secrets of the world. “Wine comes from the place of secrets, the internal; it is hidden and concealed” (Maharal, Sanhedrin 38b).

This is what is meant by (Brachos 34b) the statement that Hashem has preserved special wine in its grapes since the six days of creation as a future reward for the righteous – “Yayin hemeshumar b’anavav misheshes yemai beraishis.” As the Gra explains (Even Shelaimah 11:11, Nefesh HaChaim 1:22), the preserved wine refers to secrets of the Torah that will be revealed. The Sfas Emes (Ki Sisa, Shavuos) adds that wine indicates a tremendous closeness and love with HaKadosh Baruch Hu that we will experience. This will occur through the uncovering of the depth of our own neshamos. Presently, the full strength of the soul is hidden within the body, similar to the wine concealed in the grape. In future times, the wine, the depth of the soul, will become revealed. The soul will then cleave to Hashem like a magnet.

Thus, it is clear that when we drink wine on Shabbos, we are enjoying a small taste of the World to Come.

A nazir abstains from wine as, sometimes, being too happy can lead to the wrong kind of joy, a joy of levity and licentiousness. The nazir senses that he is heading in that direction and as the Rambam writes in Hilchos Dei’os, moves to the opposite extreme in order to achieve the right balance and middle of the road, golden mean. The goal is to be able to drink wine properly and responsibly. As the Alshich points out, the verse says, “And afterwards the nazir may drink wine” (Bamidbar 6:20). Why does the Torah still call the person a nazir if he is no longer in the state of being a nazir? The Alshich explains that when a person goes through a period of thirty days of being a nazir, he elevates himself to a high level of spirituality. He is now on such a level that even if he drinks wine, it is the drinking of a person on a high spiritual level.

His wine will now be fine when he dines as one of the refined. 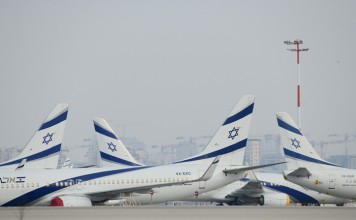