Sippur, as in sippur yetzias Mitzrayim, comes from the same root as sofer, scribe. A scribe is not a simple writer. Sofer is used throughout Tanach to indicate a position of importance, e.g. sofrei hamelech in Megillas Esther, Ezra HaSofer. In Talmudic parlance, sofer means a talmid chacham, a scholar, who must be capable of writing.


The definition of sippur goes beyond simple oral story telling. It includes the ability to tell a story by writing it. The word sefer, book, derives from the same root, l’saper, to tell a story.

The Gemara says that Megillas Esther refers to itself first as an igeres, letter, and later as a sefer, a book. A letter has a short-term purpose. It can be written on anything, it may be incomplete yet it still conveys the gist of the story. In contrast, a sefer has permanence and transmits the story to future generations. It requires parchment and if even one letter is missing it is halachically voided. Hashem commanded Moshe to document the eternal conflict between God and Amalek in the sefer and transmit it to Joshua. This message could only be transmitted through a sefer.

A kabbalistic principle says that Hashem created the world through acts of kesiva, writing.

Chazal say the writing and inscription for the Tablets were created at twilight prior to the onset of Shabbos The Sefer Hayetzira maintains that the world was created through 3 sefarim (forms of the word saper): b’sfor, b’sippur u’besefer, through counting, relating a story and through the book. We know from the Torah that Hashem wrote the luchos, but how does the Sefer Hayetzira know that the world was created through these three forms of the word saper?

According to the Kuzari, when the Torah repeatedly mentions “Vayomer Elokim,” it is referring to the act of sippur by Hashem. The result of this sippur was the sefer, all of creation. It was the word of God that created the world and is embedded in nature and continues to drive it. At the same time, nature must obey the will of Hashem. According to the Baal Shem Tov, the word of God, the Vayomer Elokim that created everything, is as real and ongoing today as it was at the time of creation. As we say in Kiddush on Rosh Hashanah, “U’devarchah emes v’kayam la’ad” – and Your words are true and everlasting.

Chazal recognized the importance of recording events for subsequent generations to identify with, understand and appreciate what moved the author so many years before. Ours is a living history. When we read the stories of the patriarchs and the twelve tribes, we feel as if we are participating in the events unfolding before us. We cry with Joseph when he is sold into slavery and rejoice with him when he is elevated to viceroy of Egypt. We travel with Abraham as he leaves Charan for the unknown land of Canaan and our hearts skip a beat as Yaakov narrowly departs with the blessings before Esau returns. We span generations in an instant through the written word and identify with our ancestors. Educators must bring to life the stories of the Torah and motivate students to experience the story as a participant. 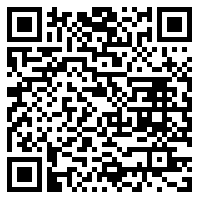