Geulah and Moshiach are always on our minds.

So many divrei Torah and speeches end with a plea that the time of the Redemption should arrive speedily in our times, bimheira b’yameinu.


The haftarah this week stresses this theme as well with the well-known pasuk, “Hinei Anochi sholei’ach lachem es Eliyah (it does not say Eliyahu here) Hanavi lifnei bo yom Hashem hagadol vehanorah. Behold, I will send Eliyahu the prophet prior to the great and awesome day of Hashem’s arrival” (Malachi 3:23).

Why then did I write such a confrontational title? After all, doesn’t everyone know that Chazal say you do lose your mitzvos when speaking lashon hara?

The answer is that sometimes we do not understand midrashim properly. And part of growth in Torah is knowing what is and what isn’t.

There are numerous midrashim that are not to be taken literally. Rambam writes of this extensively in his introduction to Perek Cheilek, the last chapter in Sanhedrin. He even says that those who propagate the approach of understanding all midrashim literally, especially those that seem to paint Torah in a strange light, are actually desecrating Hashem’s Name. Rather than exhibiting praiseworthy faith in what Chazal are saying, taking all midrashim literally distorts and confuses. Many others affirm what Rambam states, including the Maharal in many places and Ramchal’s essay on midrash.

Rav Eliyahu Dessler understands that this statement of losing one’s mitzvos for speaking lashon hara is one of those statements that is not meant to be taken literally.

First we need to point out that it is not a Chazal; it’s a quote from a story brought down by the Chovos HaLevovos, one of the rishonim. And that means that even if we believe it literally, there could be other rishonim who would disagree.

“When a person who speaks lashon hara gets to Shamayim, he will find that he is accredited with many sins that he does not have any recollection of committing. When he asks about them, he will be told that they were taken from the individuals that he spoke lashon hara about, and added to his record. Further, he will have merits taken away from him.”

He cites a story of a chassid whom someone spoke lashon hara about. When the chassid found out, he sent the speaker an expensive gift with the following note: “You were kind enough to give me your mitzvos. I am sending you my appreciation.”

For many years, Rav Dessler was bothered by this (Michtav Mei’Eliyahu, Volume 4, pgs. 213-214) because it seems so strange. What appears to be bothering Rav Dessler is the seeming lack of justice in removing mitzvos from someone as a result of his committing even serious aveiros. Does the fact that he transgressed erase all the good deeds he has done? In the Rambam’s description of din Shamayim, Hashem’s method of judgment (Hilchos Teshuva, perek 3), there is not a concept of sins which cancel out mitzvos. A person’s mitzvos and merits remain with him and nothing can take them away.

Rav Dessler thus explains the Chovos as meaning the following.

Rav Dessler explains that since the speaker caused the subject of the lashon hara to suffer in this world, he, the subject, received an atonement for some of his sins and will thus not suffer as much in the next world.

When the Chovos says that the speaker loses his own mitzvos it means that as a result of his mitzvos, his sin of lashon hara becomes a much larger transgression. Hence, the mitzvos served to “hurt him” by increasing the damage caused by the lashon hara.

The Chovos’s description of the sins of the victim being transferred to the speaker means that as a result of his noticing and expressing the faults and weaknesses of others, he has really “shot himself in the foot.” As Chazal say (Kiddushin 70a): “Kol haposeil, b’mumo poseil – one who disparages does so from his own weakness.” We are only able to criticize others in areas that make us take notice, and all too often the reason why we detect flaws in others is because we possess those very same flaws ourselves. In Shamayim, those who possess a fault and without beneficial reason, condemn others for having that same fault are treated more harshly.

The lesson Rav Dessler teaches us is that two plus two does not equal five. When something we hear within Torah sounds strange, we must question, discuss and ask those who may know what the true meaning is. 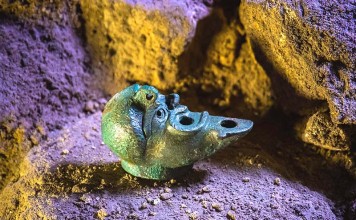