There is a story about a man full of worry who goes to his Rebbe to seek his advice. “Rebbe,” he cries, “I have parnassah problems. Yankel opened the same store as mine just down the block and his business is thriving while mine is going down.”

The Rebbe gazes at him and says, “I think the problem is that you have too many businesses and you can’t focus on the one you are running.”


“Rebbe,” the man protests, “how can you say that to me? I don’t have any business except my little store.”

“So why do you watch Yankel’s business? Just focus on your own, make it the best you can, and if you do that, with G-d’s help you will succeed,” the Rebbe responds.

Instead of focusing on our own blessings, we are always looking at someone else’s. We don’t enjoy what we have. We are obsessed that someone else has more. In plain English, we are jealous.

Each of us is custom made by our Heavenly Father. Each of us has been endowed with his or her unique mission – but we see only that of the other. We convince ourselves “they” have a better deal. Only when we lose it do we realize how good it once was.

There’s a life-threatening virus infecting each and every one of us – some less and some more, but just the same the virus is there. Experts have identified it as the “jealousy syndrome.” Once you succumb to it, recovery is difficult – but it is possible, if you truly work at it. Just how dangerous and pointless that virus can be is best illustrated by a little story.

A man gets off a plane and rushes to the baggage pickup area. He spots his shabby suitcase making its way to him on the carousel. A strange thought occurs to him. “Let me take that other suitcase – it looks so much better than mine. Nobody will know the difference.”

When he gets home he excitedly opens the suitcase and discovers hand-tailored elegant suits. For one very brief moment he is elated. But then he finds he has a major problem. None of the suits fit him. “I lost my own suitcase,” he cries, “and now I have nothing to wear. How could I have been such an idiot?”

These stories have come to my mind as a result of the travesty playing out at the holiest place the Jewish people possess – the Kotel, our sacred Wall. A group dubbed “Women of the Wall” goes there to put on tallis and tefillin, refusing to understand or accept that tallis and tefillin were uniquely designed by G-d for men. They refuse to realize they look ridiculous when they try to be something they are not. They have the wrong suitcase filled with suits that are not their size, but just the same they insist on putting them on. More tragically, they are oblivious to the fact that they are obfuscating G-d’s commandments and overturning His design for the world.

Of course these women insist that all they want is “equality” and that “haredi religious fanatics are denying us our rights.”

I would ask these ladies, “Are you doing this l’shem shamayim – for the sake of G-d – or do you have some other agenda? Are you truly shomer Shabbos? And do you adhere to our many other commandments?”

More questions: “Why do you not try to inspire your husbands, sons and male friends to join you and don their tallis and tefillin as G-d commended? Moreover, if it is the G-d of Israel you worship, why do you not seize the brilliant crown designed by G-d specifically for the Jewish women of Israel?”

I remember the early days of the feminist movement, when it became fashionable to give up marriage for careers. I remember when women felt diminished and even outraged by being identified through the names or professions of their husbands. They wanted to be women in their own right. They wanted to be respected for their own accomplishments. These ideals were so prevalent that they invaded our Orthodox Jewish community as well.

I was one of the first columnists for The Jewish Press. My beloved husband, HaRav Meshulem HaLevi Jungreis, zt”l, and I were newlyweds spending a summer teaching at the old Pioneer Hotel in the Catskills. We were privileged to be seated in the dining room at the same table as Rabbi and Rebbetzin Sholom Klass, of blessed memory. At one of the meals my husband suggested to Rabbi Klass that I write a column for the paper. 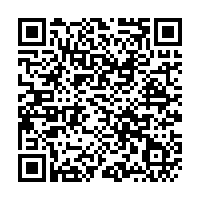