The Belzer Rebbe’s eldest grandson’s chassunah, held on Tuesday, May 21 at the Belzer Court in Yerushalayim, drew over 25,000 chassidim from all over the world. The chassan, Reb Sholom, is a son of HaRav Aaron Mordechai Rokeach, the Rebbe’s only child, and is named after the founder of the Belzer dynasty, the Sar Shalom. His maternal grandfather is the Makava Rebbe, shlita, of Kiryat Atta, who in turn is the son-in-law of Harav Elchanan Halpern, shlita, Radomishla Rav in Golders Green, London. The chassan is also a great-grandson of the Vizhnitzer Rebbe of Bnei Brak, the Yeshuas Moshe, zt”l – the Belzer Rebbe’s father-in-law, who passed away last year.


The kallah is Basya Paneth, the daughter of Rav Yechiel Meir Paneth, a maggid shiur in the Nadvorna Yeshiva in Bnei Brak. She is a scion of the Dezher dynasty, and her father is the son-in-law of the late Gorlitzer Rebbe, zt”l, of Bnei Brak. Her paternal grandfather is Rav Aharon Dovid Paneth of the Ezras Torah neighborhood of Yerushalayim.

It should be noted that the chassan is 18 and his kallah is 19. News reports did not generally pay attention to the unusual fact that the kallah is older than the chassan.

Thousands of Belzer chassidim spent Shabbos Parshas Naso with the Belzer Rebbe, shlita, for the aufruf. The Friday night tish, seudah shlishis and the Motzaei Shabbos feirshpeil were held outside the main beis medrash in the giant tent that was erected to accommodate the guests. In accordance with Belzer minhag, the chassan arrived at the Rebbe’s home on Erev Shabbos escorted by his father. The Rebbe then placed the chassan’s shtreimel on his head.

The wedding, held in Kiryas Belz, featured a stage that was erected for the huge chuppah and several chandeliers hung under the canopy of the chuppah. Following the chuppah, over 10,000 male guests entered a newly erected structure located outside the Belzer Shul. Thirty bleachers were installed for the wedding, including a special gallery to accommodate the 2,000 yeshiva students expected to attend. The kallah and the invited women guests were bused approximately half a mile away to Binyanei Hauma for their own celebration.

Protest Against Draft Of Bnei Yeshiva

On Thursday, May 16 tens of thousands of Jews gathered in Yerushalayim to protest the planned enlistment of bnei yeshiva into the IDF. Israel’s coalition government, in a move to ostensibly “share the national burden,” is publicly committed to drafting an increased number of haredim, who currently receive exemptions. The protesters filled the streets near the city’s military draft bureau on Rechov Rashi. where the crowd heard divrei hisorerus and chizuk.

Another component of the protest focused on a recently approved budget proposal that will drastically cut spending and raise taxes over the next two years. This is the government’s plan to close a growing budget deficit. Finance Minister Yair Lapid has warned that failure to implement public spending cuts could cause an economic collapse.

There were reports of rough treatment by police officers against some of the protesters. The police purportedly used stun grenades and a water cannon, while several policemen were on horseback.

The U.S. government is now applying more pressure than before on the Bolivian government and its president, Evo Morales, to free American businessman Yanky Ostreicher, who has been detained without charge since 2011. Six Bolivian government officials who were involved in prosecuting Ostreicher are themselves in jail, accused of participating in a shakedown ring that allegedly preyed on people deemed to have deep pockets.

Former president Jimmy Carter recently discussed Ostreicher’s case with Morales in Atlanta. They discussed U.S.-Bolivian relations and the inter-American human rights system. Carter, in a meeting with former Bolivian president Eduardo Rodriguez, expressed his concern about Ostreicher’s five-month house arrest in Bolivia. The Carter Center issued a statement relaying that the Bolivian delegation is on the record that “Ostreicher’s legal process should be expedited.” 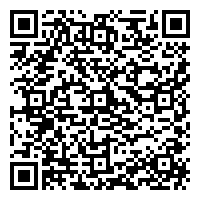