Special Note: In last week’s column, I published a letter from a young mother of a special needs child. She wrote of the trials and tribulations, the frustrations and aggravations that raising such a child represents. Her husband works very hard trying to make a living and their budget does not provide for household help, so she is obliged to do everything herself. She writes that just trying to get through the bureaucratic red tape of services for her little one is, in and of itself, an all-consuming job.

For Yamim Tovim she and her husband, like many young couples, go home to their parents. Her own mother and father live far away and therefore, she can’t go to them, but her in-laws are nearby, and going to them is feasible. But that, she complains, involves great hardship and difficulty. Her mother-in-law is a career woman who works full time and has a housekeeper. On Shabbos and Yom Tov, she goes to shul, and after lunch, she likes to take a nap, which would be fine, were it not for the fact that her mother-in-law expects her to do household chores as well as the various preparations that go with Yom Tov. She, on the other hand, has all to do to take care of her special needs child and doesn’t feel that she should be called upon to participate in the many responsibilities associated with Yom Tov – cooking, serving and cleaning, etc.


She recalled a letter that I published in the past from an exhausted bubbie who complained that her children treated her home as a hotel and expected her to be a maid, cook and baby-sitter all rolled up into one!

The young woman asked that we take a second look at this problem and consider the needs of young mothers who are pushed to the limit; who are overwhelmed by their many responsibilities and in need of loving help and support from bubbies when they return home for Yom Tov.

The following is my reply:

Allow me to preface my remarks by recalling a story about two brothers who lived in the holy city of Jerusalem. Their houses were at opposite ends of the city, and they were separated by a great mountain. One brother was very poor, but blessed with many children, while the other possessed a great fortune, but had no family.

One night, the wealthy brother tossed and turned in his sleep. It is terribly unjust, he thought to himself, that I should be given so much, while my brother, who has a large family to support, has so little. I have to do something to help him.

That same night, the impoverished brother also awoke from his sleep and kept thinking about his sibling. Of what good is all my brother’s money, he thought to himself. Without children, his life is lonely and meaningless. I must do something to show him how much I care.

As the brothers lay awake thinking how they might give comfort to one another, they both came up with an identical plan. In the darkness of night, each would secretly leave a gift at the door of his brother.

And so, the two brothers set out and began to climb the mountain from opposite directions. As they reached the top, the sun rose over Jerusalem. When they saw one another, they were astonished. For a moment, they just stood there, looking at each other, unable to speak, and then, weeping with joy, they fell into each other’s arms, each pleading, “Please, my brother, accept this gift.” And as they embraced, a Heavenly Voice was heard: “This ground has been sanctified by the love of the brothers. It is here that I shall build My Holy Temple!”

It would be ideal if we all could be like those two brothers and feel each other’s pain, but unfortunately, we tend to view our challenges from our own perspective and see our own needs first. To be sure, there are parents and grandparents who live for their children and grandchildren and make them their priority, but such an attitude cannot be legislated. It is usually generational, meaning, if the person comes from a home where parents sacrifice for their children and make their own needs secondary, chances are that when their children marry, they will emulate their example and follow the same pattern.

On the other hand, if the individual came from a family in which parents felt that they “did theirs,” and now it’s their children’s turn, or if they feel that their careers consume their energies and they cannot be burdened by anything additional, then that too, is registered and makes an impression on future generations. This does not mean that those grandmothers who are not “hands-on” don’t love or enjoy their grandchildren, but as the saying goes, “Different strokes for different folks.” Although, I must add that I have seen some exceptional “Super Bubbies” who somehow manage to do it all – work outside of the home and yet be their for the children.

Having said this, I am at a loss to understand why so many demands are made on you when you visit your in-laws. You write that your mother-in-law has a housekeeper… if this is the case, why doesn’t she assume more responsibility? I would imagine that everyone understands the 24/7 involvement that special needs children require, and they would be sympathetic to your plight. I would also imagine that, if you explain all this to your mother-in-law in a sincere, respectful, loving manner, she would empathize with your situation.

I appreciate how frustrated and burdened you must feel, but just the same, it is important for you to approach the entire situation with a positive attitude. The other option could prove to be very injurious to you and to your shalom bayis. If you allow your feelings of resentment toward your mother-in-law to fester, those feelings will be reflected by your mannerisms, your attitude and your language, which can result in an adversarial relationship, which is bound to be very detrimental to you, to your marriage, and to your child, as well as to all future grandchildren.

I must also caution you not to compare your mother-in-law with your mother. The relationship between a mother and a daughter is not the same as that between in-laws, although there are exceptions in which mothers-in-law are very close to their daughters-in-law. However, at this point, you cannot demand that your mother-in-law change her attitude and her lifestyle for your sake. You can surely hope for her understanding, but you will sabotage that possibility if you allow resentment to fester in your heart.

Finally, may I also recommend that you contact the many organizations and high schools that have chesed programs for special needs children? I know of many young yeshiva high school girls that do amazing work in this regard. Having said all this, I do hope that your mother-in-law will read this letter and both of you should try to bear in mind the advice of our sages: “Al tadin es chavercha – Do not judge your fellow until you stand in his place.” Hopefully, you will both develop greater empathy for each other’s needs and follow the example of the two brothers, each of whom made the other his priority. 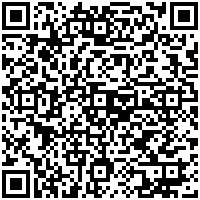